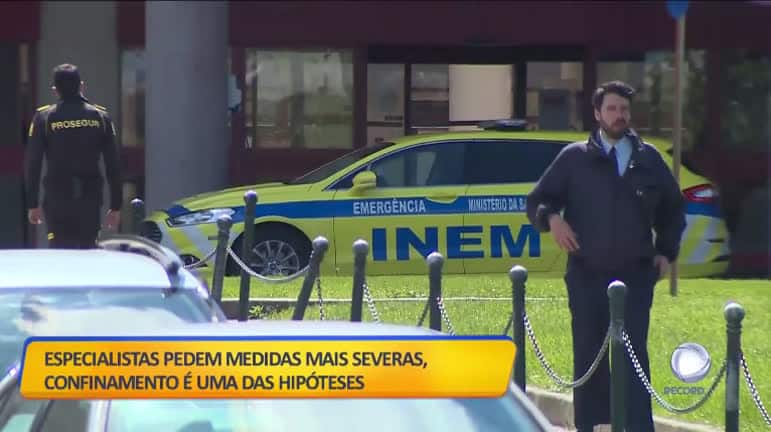 With today’s numbers highlighting the increasing pressure on the Portuguese health service, Público has revealed that the national lockdown due to come into force next week is expected to start at midnight on Wednesday (0.00 hours taking Wednesday into Thursday) and will almost certainly be in place for more than two weeks.

Yesterday, reports were stressing how all politicians wanted the lockdown to be ‘as short as possible’.

The period of two weeks was floated (as fitting with this narrative). But Público’s sources – and indeed those advising other newspapers – suggest the situation requires a longer period: a month at least, ensuring that Carnival (on February 16) passes without any commemorations.

Correio da Manhã believes the first two weeks of the lockdown will be the most stringent, with the government slowly releasing pressure over the following two weeks.

The situation today is that all this ‘information’ is being drip-fed to the press to prepare the nation for what is to come.

Today’s numbers show that another 215 people entered hospital in the most recent 24-hour period under analysis, while another 18 critical care patients were admitted into ICUs.

The number of active cases in Portugal has increased yet again, and is now at 106,778.

Hospitals in the worst hit areas of Lisbon and the north are transferring patients in order to cope: staff are described as ‘beyond exhausted’.

What is clear is that deaths continue very high. Another 102 deaths have been attributed to the virus in this latest bulletin: 39 in the Lisbon/ Vale do Tejo area; slightly less in the north and centre (27 and 25 respectively), seven in the Alentejo and four in the Algarve.

The full picture can be seen here.

As to the looming lockdown, it will call a halt on restaurants (running anything but take-away and home deliveries)  and non-food related commerce, including cafés (again these will be able to run a take-away service), shops, shopping centres, gyms, etc. Hairdressers however are expected to be allowed to stay open this time, reports Correio da Manhã.

The absolute terms will become clear after the government meets with health experts on Tuesday.

There will then be a vote in parliament on Wednesday – to approve the latest renewal of the country’s State of Emergency – after which the Council of Ministers will convene to decide new measures to come into place (ie the return to a period of confinement).

The council’s decision will be announced within hours of the lockdown, scheduled for midnight.

The ‘big question’ is how to run this latest lockdown with schools remaining open (which is what the government up till now has been saying it wants to ensure). Right now, there appear to be 65 ‘active outbreaks’ in schools around the country, involving over 400 cases.

President Marcelo said on television last night that a decision on schools has still to be confirmed.

Further details of all the logistics will become clearer between now and Tuesday.

Adding even more pressure to decision-making is the fact that the country ‘goes to the polls’ to elect its new president on January 24.

In other words, voting will be taking place during confinement.

The government has already said that votes will be collected from people in isolation, though municipal authorities have admitted they have no idea how this will actually ‘work’.

President Marcelo has insisted there is no way the elections can be postponed, so it’s looking like the government will allow people to leave their homes on Sunday January 24 in order to vote, as long as they return home immediately afterwards.