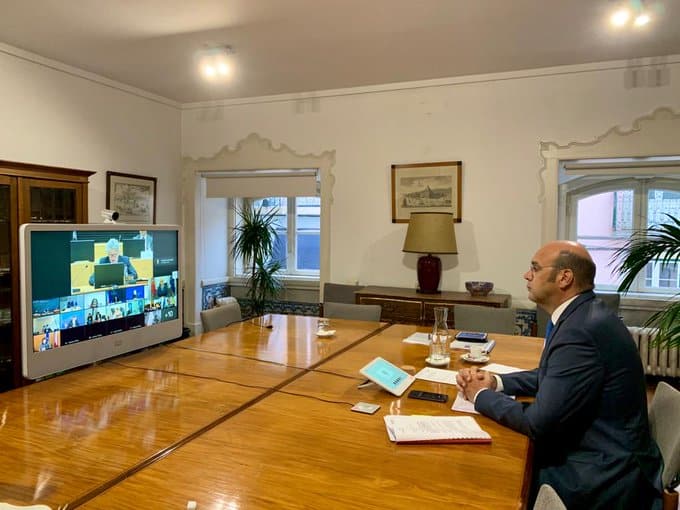 Economy minister Pedro Siza Vieira has admitted that original forecasts for Portugal’s post-pandemic recovery were too optimistic. They will need to be ‘revised’ when the 2021 State Budget is ‘delivered’ – but they are not as bad as some institutions are suggesting.

“We cannot be optimists because the fall in demand is very significant”, he told Dinheiro Vivo/ TSF Rádio. “Consumption has fallen, exports have fallen, investment has dropped significantly because investors are pulling back due to all the uncertainty”.

But it’s also true to say that the economy hasn’t contracted quite as much as many ‘experts’ said it could, he stressed.

Thus, GDP will fall more than the 7% forecast by the government in May but not by as much “as some international institutions have suggested recently”.

In other words, as Expresso explains, the interview fell between ‘optimism and pessimism’.

In other words, “more options” have to be given to businesses – as has been seen in last week’s announcement for a return to support similar to the ‘lay off regime’ (click here).

“We have two essential concerns”, the minister told his interviewers. “The first is to help businesses, workers, families, get through these difficult months with very little ‘activity’ – we are entering the low season with regard to what tourism is normally. We have to create conditions to reduce the impact, and all the measures we have announced regarding bank moratoria, deferred payments of taxes, support for maintaining jobs, extraordinary social support have this purpose.

“Then we have the stimuli to economic activity. This week I announced two, one in which we will offer discounts in the tourism sector, and another for support for shows and events (click here).

“Next year we will have the stimulus measures in the State Budget designed to increase families available income, and we are banking on the package of measures and actions related to the use of European funds which we are trying to mobilise as quickly as possible (see next story coming to home page)”.

The elephant in the room, he conceded, is that no-one knows what will happen in the next two months, even less in the first half of 2021.

Latest data on the situation of the virus in Portugal is not brilliant, but there is also scope for limited optimism in as much as there are more people in hospital than for the last few weeks – and over 100 suddenly in intensive care – but the number of active outbreaks in the country is “lower than during other periods”, stressed health director Graça Freitas on Friday.