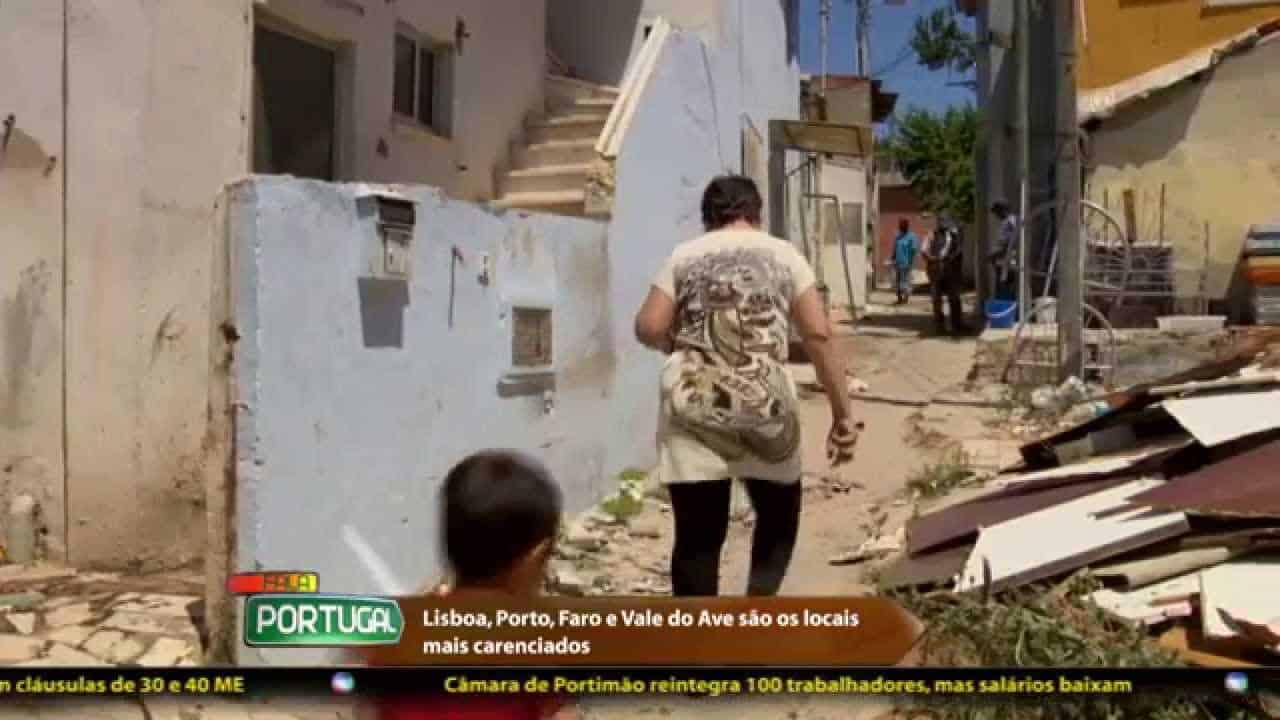 The pandemic, this far, has consigned another 230,000 Portuguese to poverty.

The figure refers to data published by national statistics institute INE, and only takes into account numbers for 2020.

The real situation, now that we are almost at the end of 2021, will doubtless be more acute.

“Few things were more cruel than the celebrated litany two years ago with syrupy songs like “everything will be alright”, justifying the tragic lockdowns with which we received Covid”, writes economist and university lecturer Luciano Amaral in Correio da Manhã this morning.

These ‘new poor’ are the people for whom “nothing has gone well”.

But worse is on the way, he warns: we are all going to have to pay the price for the pandemic’s support measures.

“The central banks of the United States, United Kingdom and European Union are all starting to throttle back on the monetary expansion that fed these measures”.

The US and UK have already increased interest rates. “We cannot go on paying anti-crisis measures eternally, particularly on top of the 2008 crisis which has never been fully resolved”.

Bank of Portugal governor Mário Centeno “has already appeared to say that we need budgetary discipline”.

This, says Luciano Amaral, is just another word for austerity – a direction politicians pledged in the recent past we would not be returning to.

“The price of confinements has been high, and it is still climbing”, he concludes.

Successive lockdowns and curfews set off “economic shock without precedents. Never in the history of humanity has the economy and society been totally stopped to deal with a disease” leading governments to adopt measures that ultimately carry their own price…

The worst of Portugal’s ‘situation’ is that huge swathes of the country’s poor are fully-employed.

Indeed, INE’s figures do not tally with those collected by the Catholic University’s Centre for Economics for Prosperity earlier this year which suggested many more thousands have been thrown into poverty (click here).

These are almost all people who earned minimum wage, or even less, before the pandemic, and continue on miserable salaries which – thanks to inflation – have left them essentially poorer.

Says Expresso, workers in the tourism sector, restaurants and hospitality – all of whom tend to receive the lowest salaries and be most at risk of poverty even though they are employed – have been the most affected by restrictions brought in to contain the pandemic.

“This can be seen in the fact that the Algarve has been the region with the highest increase in poverty”, explains the paper.

Thus a new ‘government strategy’, approved at last week’s Council of Ministers and due to ‘begin’ in January. A plan to pull 230,000 working citizens out of poverty … by 2030.

INE’s latest data shows that social support measures offered to people “had the least impact in reducing poverty than in previous years”.

Women particularly are the most vulnerable: almost a fifth of the entire population of women is currently living with less than €554 per month.

Fernando Diogo, a university lecturer in the Azores, tells Expresso: “To have a notion of how many people entered a situation of poverty (in 2020) it is almost equivalent to the population of the municipality of Porto – the 4th most populated municipality in the country.”

To repeat previous stories, the bottom line on poverty in Portugal is that one in five people are living every single day with it.

Azores and Madeira ‘bucking the trend’

But both these regions have traditionally had (and continue to have) alarmingly high levels of poverty.

What 2020 has changed is that Madeira now is the region with more people on the breadline than the Azores.

Again, what isn’t clear is how this will develop, as certainly the effects of the pandemic show no sign of abating.