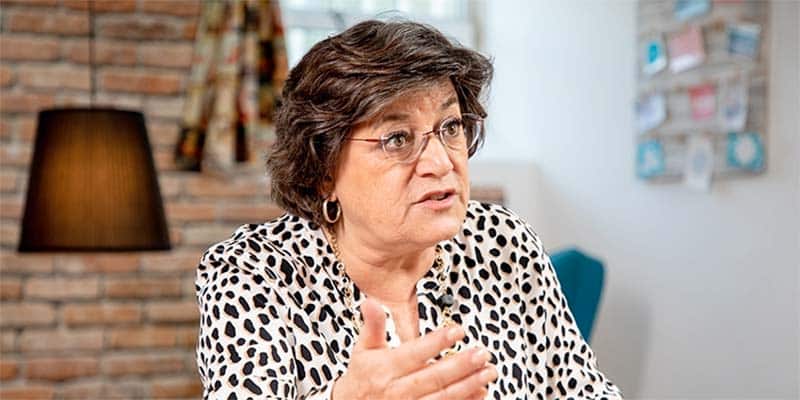 PAN has become the latest political party to openly support the bid for the presidency by former Socialist MEP Ana Gomes.

Livre, a political party that no longer has any representative in parliament (click here) was the first to give Ms Gomes its support in a contest that many would argue has only one ‘certainty’, Portugal’s current ‘president of affections’ Marcelo Rebelo de Sousa.

But six months from the end of his mandate, Marcelo has still doggedly refused to say whether or not he will be running again – insisting that the economic and social crisis caused by Covid-19 is far too important to confuse with an election that won’t be happening for months.

For now there are eight people, including Ms Gomes, vying for Marcelo’s position. They include outspoken right-wing MP André Ventura who has already declared he will ‘step down’ if he polls less votes than Ms Gomes when the elections take place in January.

But what makes Ana Gomes ‘different’ from all the others in the ‘race’ – despite the fact that she is already in second place, and a vehement campaigner for human rights and the fight against corruption – is that she is a long-term member of the party in government – a party that has not given her its official backing.

Presenting her candidacy last month, she said she believes “Portugal needs a different president, a president that gives guarantees of independence, who serves the national interest and is not afraid to go against entrenched interests. (A president) who fights against inequality”, one that stands for “transparency and intransigent defence of liberty and democracy”.

Speaking in May in her habitual slot on SIC television, she decribed President Marcelo as a “candidate of the regime” who will “polarize” society and “make life easier for extremes” if re-elected.

Reacting to PAN’s endorsement today, Ms Gomes said she felt “very honoured” because, though Socialist to the core, she understands that her bid has to converge with “wider ideas, and with progressive citizens, parties and political forces”.

As for PAN, MP Inês Sousa Real, stressed Ms Gomes candidacy as being “strong and independent” and the only one that is “progressive, humanistic, pro-European” and “does not confuse culture with torture” (this being a reference to other candidates’ presumed support for bullfighting).