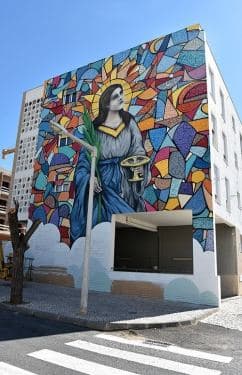 Created to help local retail businesses sell their surplus stock at the end of the season, this summer’s Stock Out fairs weren’t quite the ‘oxygen tank’ that retailers’ association ACRAL had hoped for, according to its president João Rosado.

The biggest initiative to date, with Stock Out events taking place from Vila Real de Santo António in the east to Vila do Bispo in the west, sales were lower than expected, despite an extremely positive turnout.

“This year’s Stock Outs went reasonably well. There just isn’t much purchasing power with the way things are at the moment, even with the reduced prices,” noted João Rosado, president of ACRAL (Associação do Comércio e Serviços da Região do Algarve). “We hoped it would be an ‘oxygen tank’ for local businesses, but it wasn’t enough.”

Still, the president of the association believes that these fairs, where local retailers sell their stock with discounts of up to 80%, remain an important “complementary sales channel” in order for them to get rid of their stock from one year to the next.

With around 300 shops expected to take part, the sales season started early this year, with Vila do Bispo’s first Stock Out taking place at the beginning of July. Six further Stock Out fairs followed, with both the Monte Gordo fair and the Monchique fair (having its first Stock Out Sale) taking place this week.

Offering everything from clothes and shoes to jewellery and beauty products, the Stock Out has developed into something more than just a retail fair. In Lagos, which held a Stock Out event for the fifth year running, there was live music throughout the 10-day event, whilst Portimão, where the very first Stock Out took place six years ago, also welcomed the first ‘Stock Night’. Comprising around 50 stores and featuring a fashion show with well-known Portuguese models, the fair also included children’s entertainment, music and a ‘live lounge’ with the Fashion Brothers as the resident DJs.

Striving to continuously promote and reinforce the initiative, this year’s sales events were especially challenging, said João Rosado: “In previous years, we had funding for entertainment and so on. This year we didn’t have that, so we had to organise it at zero cost, making it doubly difficult.”

Admitting that it took “increased effort”, the president says that the fairs were only possible thanks to a great deal of “imagination and creativity” on the part of the association, as well as the support and “goodwill” of its various partners.

With plans to expand the Stock Out initiative to some of the Algarve’s smaller towns next year, ACRAL is currently working towards its winter programme to help retailers battle seasonality.

“Christmas is traditionally a very important time in terms of sales and entertainment in town centres, and organising events will once again require a lot of imagination, creativity and the power of mutual support,” said João Rosado, adding that the association is also looking into new formats of financial support.

The Retailers’ association, ACRAL, is encouraging Algarvean companies to think internationally in order to survive the recession, particularly in countries where Portuguese is the official language.

Focusing on small to mid-size companies in the food and agricultural industry, companies linked to the creative, audiovisual and multimedia industries, and companies in the building and services field, the association is setting in motion Business Missions abroad that will benefit from EU funding.

According to the president of ACRAL João Rosado, the food and agricultural sector in particular is strategic in boosting the region’s economy, alongside the gastronomic niche which “goes hand in hand with tourism”.

“We have opened the candidacy for the Algarve’s businesses to diversify and break into new markets,” explained the president, who lists Mozambique, Cape Verde, Brazil and even Cuba as destinations of great potential for Algarvean business people.

“We have much in common with Cuba in terms of tourism potential. It’s a window of opportunities.”

Working alongside strategic partners, such as the Regional Directorate of Agriculture and Fisheries and the Regional Directorate of Economy, as well as all the municipalities in the region, João Rosado is quick to clarify that it’s not about encouraging emigration: “For example, if a restaurant-owner here in the Algarve were to open an additional restaurant in Cape Verde, for example, and the restaurant here went bankrupt, he would still have the other restaurant in a place that is expanding enormously in terms of tourism. It’s a way of compensating.

Candidacy to take part in the Business Missions is now open, and any regional businesses interested in the initiative should contact ACRAL on 289 887 130 or visit: www.acral.pt.