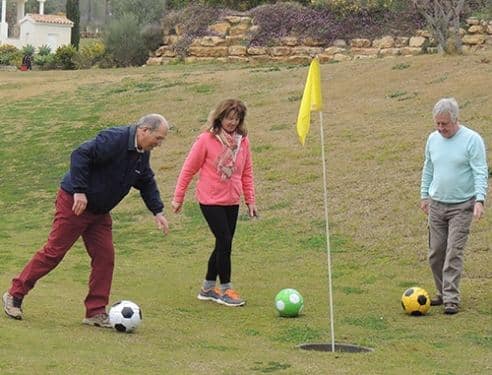 Municipal property tax, or IMI, is expected to increase by 400%, with the majority of property owners in Portugal facing incredible financial strain and some unable to pay the tax, says the president of the Portuguese Homeowners Association.

António Frias Marques from the Associação Nacional de Proprietários – ANP, believes that revenue from the municipal property tax (IMI) will rise by 400% instead of the 60% increase estimated by the European Commission.

The rise would take place after the property revaluation process is complete by the end of this year. It began in December 2011 and aims to reassess the value of 5.4 million urban buildings.

Calling it a “tax catastrophe”, Marques told news agency Lusa that even a 60% increase would be far higher than that set by the Memorandum of Understanding with troika and which would allow the Government to rake in a further €250 million in 2013 and €150 million in 2014.

“Our estimates, which are based on the increase felt by our associates since the revaluation began, point to a 400% rise, or five times more on average,” said the president of the ANP.

One of the most telling examples, according to Marques, is the Olivais neighbourhood in Lisbon, where houses valued at €50,000 are now estimated to be worth €250,000. These figures are based on copies of the evaluation documents provided by ANP associates who had been notified to do the revaluations.

Marques also said that most homeowners will only be fully aware of the situation when they receive the IMI payment notice in February. “People will be alarmed,” he added.

The ANP’s projections are, however, very different to the ones stated by the European Commission in its report on Portugal’s fourth troika assessment, released in July.

According to the document, the Government’s revenue from IMI will only increase by 25% in 2013 and whilst “the revaluation process of the more than five million properties in 2012 has proven to be complex, it is still on schedule”.

In three years time, and based on the numbers in the European Commission’s report, the Government will receive a further €700 million per year from IMI taxes – a 60% increase compared to the current revenue – when the outcome of the revaluation process is underway.

The money “will be used by municipalities to consolidate their budgets,” says the report.

Commenting on the estimates based by the European Commission, António Frias Marques said that many property owners won’t be able to pay and that “thousands and thousands” of properties will be seized by the tax authorities.

IMI increase on all properties

After the revaluation process, at least 80% of homeowners will see their property value rise. The 5.4 million properties subject to revaluation hadn’t been officially valued since 2004 and thus had not been subjected to the IMI’s evaluation criteria.

The Memorandum of Understanding with troika proposed a change in this respect and led to yet another rise: all property owners – regardless of the property’s age and year of evaluation – will now see their IMI tax increase by one decimal point.

Until now, all assessed properties paid a tax rate ranging from 0.2 to 0.4%, but the payment notices in 2013 will already reflect the increase under the Memorandum of Understanding, varying between 0.3 and 0.5%.

The Organisation for Economic Cooperation and Development (OECD) also seems to agree with the increases recommended by troika. In the words of OECD’s head economist for Portugal, David Haugh, “having taken measures regarding this subject (referring to the VAT increase), you should perhaps look for an alternative, and one of the possibilities is the property tax”.

Isobel Costa, Head of Fiscal Representations at Sovereign – Consultoria Lda, explained to the Algarve Resident how the process of property revaluations is being carried out.

She said that any property not yet valued under the Código do Imposto Municipal sobre Imóveis (CIMI) of 2003 should receive a valuation during 2012 to bring the tax value of the properties up to date.

“Of the many valuations we have received some have shown high increases but it must be remembered that many properties have had unrealistic tax values for many years and the government’s aim is to bring those values to around 80% of the market value,” Isobel Costa said. Properties with exceptionally low tax values will suffer the greatest increase especially if they have had extensive renovations since the last valuation.

The fiscal expert added: “It is important to mention that the tax rate applied to the new valuations will decrease to a maximum of 0.5% instead of the 0.7% to 0.8% currently charged.

“Furthermore there is a capping system proposed in the budget that should limit the increase in the IMI bills so that only one-third of the increase is charged in the first year, two-thirds in the second year and the full amount in the third year.”

The new tax values are based on property details held at the local councils so any structural alterations or improvements will be reflected in the valuation. These valuations should be carefully checked and mistakes reported within 30 days as errors can result from the transfer of information from the local councils to the tax department.

On another note, anyone already valued under the CIMI between 2003 and 2009 may be able to request a revaluation to reduce their tax value thereby saving on their future IMIs. “We are currently assisting many of our clients in this matter,” concluded Isobel Costa.
1″>news