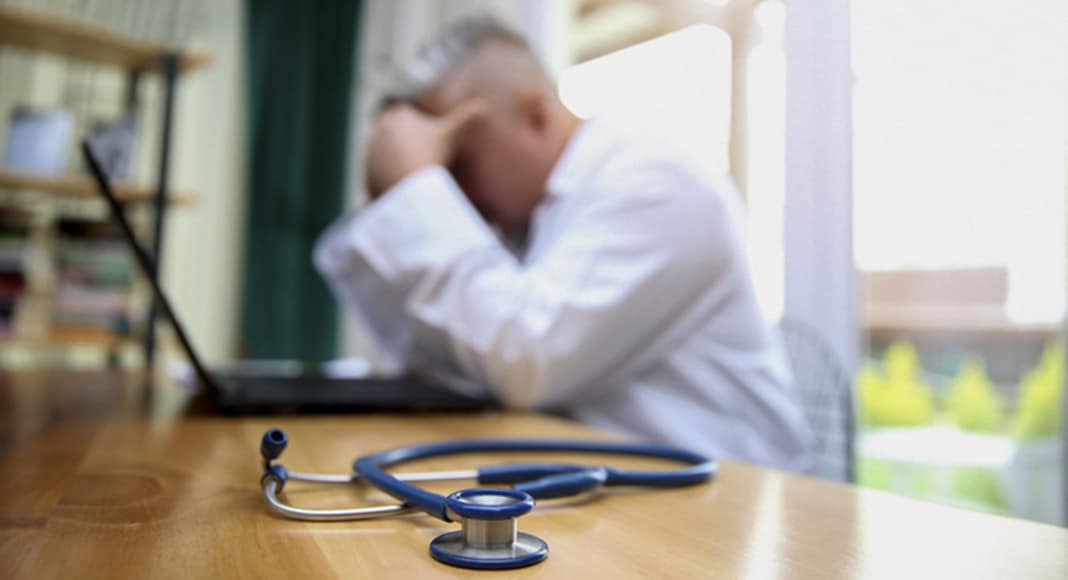 The independent syndicate of doctors syndicate (SIM) is advising its members to present ‘declarations of exclusion of responsibility for clinical errors’ to heads of department.

As nationally ‘corona-fever’ is whipped up by inflammatory news and headlines, SIM claims doctors are carrying an ‘excessive workload’.

“The reality in healthcare institutions” like hospitals and health centres is conditioned by a “scarcity of human resources and exhaustion of all those that are working”.

As president Marcelo meets today with the minister for health and others responsible for the country’s response to the pandemic, SIM has made it clear it has no idea when, or by how many, its ranks will be swelled.

Health minister Marta Temido said at the beginning of September that 950 extra doctors would be contracted to the SNS, but SIM has yet to see any significant ‘change’.

The syndicate’s call therefore to its members to ‘refuse to take responsibility for mistakes’ is possibly another way to push for ‘reinforcements’.

That said, leader writers are coming out more and more to denounce the media ‘hype’ over the country’s true situation.

Writing in ‘people’s tabloid’ Correio da Manhã this morning, Luciano Amaral points out that “the minimum we can expect” after all the sacrifices of the last few months is that the SNS delivers.

“All the social, moral and economic destruction” of the last few months has been “justified for the defence of the SNS” – thus complaints and issues coming from all quarters of the service are really the last thing citizens want to hear.

Added to this are the constant reports that hospitals are ‘almost full’. Says Amaral, the truth is much more like infirmaries and ICUs running at 60-70% of capacity, when the ‘critical limit’ comes only at a point where they are filled to 85% capacity.

“Two or three hospitals in Lisbon have reached 100%”, said reports over the weekend, when again in reality, says Amaral, there is still a 3rd capacity “still to be used”.

Suggesting this is more down to “profound incompetence” than any attempt to hoodwink the public and generate panic, Amaral nonetheless suggests even profound incompetence “should not be the reason to advance with new confinements, obligatory apps and other barbarities”.

To do so would be “negligence, and boarding on criminal”.