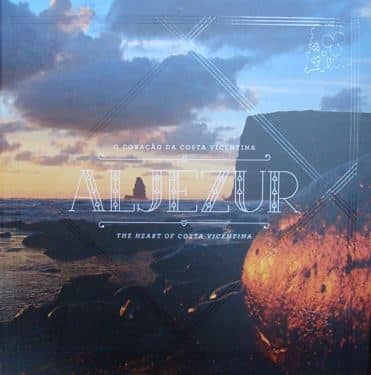 The UK Revenue’s unexpected introduction of new QROPS regulations on May 4 had the effect of excluding all of Guernsey’s so called S157E schemes introduced in March, in an effort to accommodate HMRC concerns about the way QROPS were taxed by Guernsey from being considered QROPS-compliant.

The new regulation followed the removal of some 310 out of 313 Guernsey schemes on April 12, when HMRC published its updated list of QROP schemes.

In an effort to revive Guernsey’s partially dormant pensions administration industry, Guernsey Treasury minister Gavin St Pier has unveiled a package of changes to the way certain types of pension schemes in the island are taxed.

The changes will, among other things, prevent any new so-called Section 157E schemes from being approved, or any additional transfers or contributions being made into existing S157E schemes.

Therefore the new S157E provisions seem set to go, as there is no longer any real point in having them since HM Revenue & Customs effectively shut them down.

New legislation is also intended to ensure that previously existing pension schemes, created under the older S157A rules, will become compliant with the new regulations governing QROPS with a provision that means future funds are to be subject to an income tax charge on pension income for both residents and non-residents.

This effectively means that it is reverting back to the system we had before, but with some additional taxing provisions relating to the transferred pensions of non-residents, the assumption is that there will be grandfathering provisions for pre-April 6 non-resident transferees.

Guernsey officials believe that the changes they are considering will mean that Guernsey will again be open to the QROPS trade.

In a presentation to Guernsey legislators on the June 27, Gavin St Pier said his department had been reviewing its options in the wake of those unexpected May 4 regulations.

“Following consideration by my department of the need for a robust pension regime going forward, one aspect of which must be to ensure the ability for pension schemes to remain QROPS compliant, we have decided to bring proposals to the September States meeting with the intention that, in the case of S157E schemes, will take effect from today if approved by the Assembly”, Gavin St Pier said in his statement, which came in the form of an address to a meeting of the States of Deliberation, and which has been published on the States of Guernsey website.

Gavin St Pier did not say what would become of those S157E schemes that were set up in the weeks after the legislation making them possible was passed, and before HMRC unexpectedly declared that they were not eligible for QROPS status.

It is understood that a considerable number of Guernsey’s existing QROP schemes were turned into S157E schemes in order to enable them to address an HMRC concern known as “Condition 4”, which stipulated that all jurisdictions in which QROPS are administered must grant the same exemption from tax, in respect of benefits, to all members of the schemes, irrespective of where the member is resident. Following the HMRC changes in May, many schemes are already understood to have revoked their 157E status, in favour of reverting back to the old 157A.

As reported, the S157E schemes were designed to be a “one-size-fits-all” pension that could be open to islanders and non-residents alike, with no Guernsey tax due on benefits paid.

The essence of the Gavin St Pier plan was that it seeks to enable Guernsey to “potentially tax all payments from a Guernsey pension at the domestic rate of tax, ie, 20%, but allow an exemption on certain lump sum payments, in order to create the ability to revive a tax free benefits commencement lump sum, ie, 30%”.

“The net result is 20% tax on pension income, with a 30% tax free lump sum, irrespective of the members’ residence, in addition to the proposed closing of the S157E schemes to new business,” he added.

Stephen Ainsworth, president of the Guernsey Association of Pension Providers (GAPP), said that “broadly, this is good news, though GAPP will be working with Guernsey Income Tax to ensure that the policy intentions are implemented in a practical manner, and that there are no unintended consequences.”

This facility is not suitable for all expatriates, and we recommend that advice is sought before one makes any commitment. As an Independent Financial Adviser, Blacktower seeks to ensure that our clients receive the advice suitable for their specific circumstances.