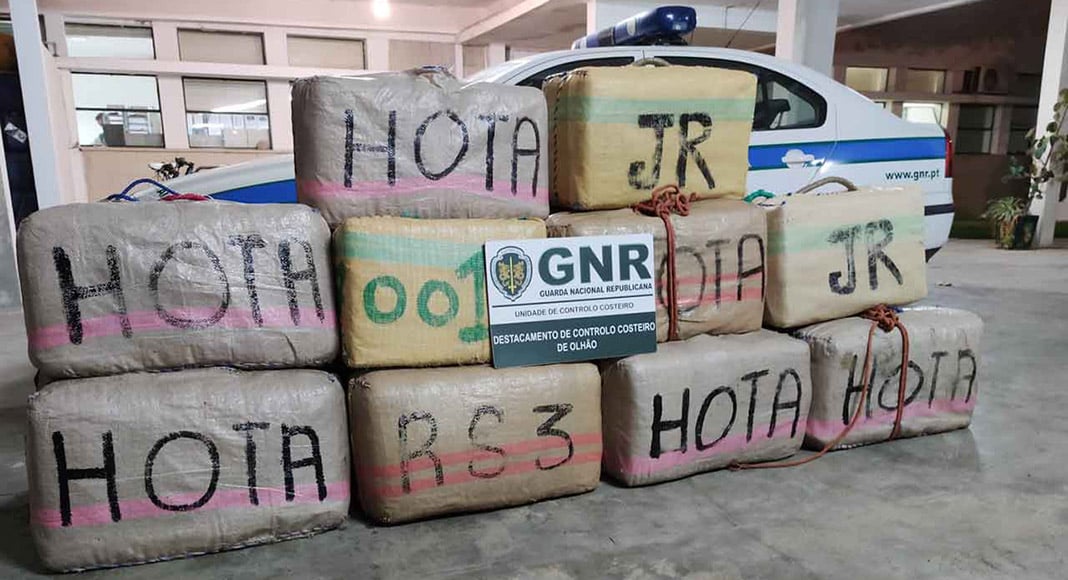 Two men aged 24 and 26 were arrested and 785 kilos of hashish “worth over €2 million” seized in the Algarve’s latest drug bust.

Aboard one of them were 22 bales of hashish. Suspects on the other speedboat were able to flee before the GNR’s coastal control unit arrived.