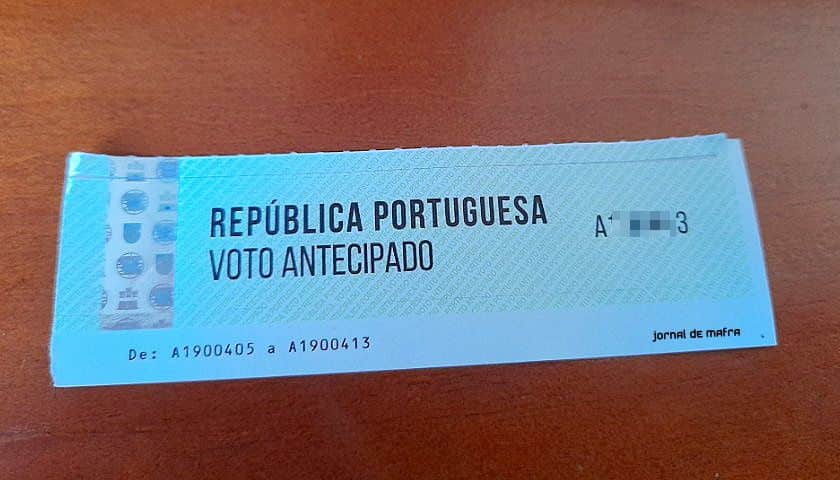 Over a million people are in isolation as a result of testing positive for SARS-CoV-2 as Portugal is just five days from legislative elections.

The ‘plan’ is that this vast number of people (many of whom are unlikely to vote) should only leave their homes to exercise their democratic right at the end of the day: official advice is for people in isolation to vote between 6pm and 7pm (when polling stations close), though by law there is no way this can be enforced. It is simply a recommendation.

Today and tomorrow early voting by residents in old people’s homes is going ahead. Uptake for this has been vastly superior to interest shown during the presidential elections last year: Correio da Manhã reports 80% more requests for this form of early voting.

But one 86-year-old stalwart, who has spent the entirety of the pandemic ‘shielding at home’ because of the virus, took advantage of last Sunday’s ‘early voting by appointment’ for the general population to make her way to the local polling station in Espinho.

Maria de Conceição has “many problems of mobility”, thus the journey was not an easy one. She made it thanks to the help of a granddaughter – yet when she reached the requisite voting table “she was informed she could exercise her right”, explains CM.

The reason given was that she had already voted.

As the elderly woman stressed: “It’s impossible”, particularly as she hasn’t even left home in the last two years.

Her granddaughter “tried to work out what had happened”, but the end result was that no-one could “explain or resolve the problem”.

An indignant octogenarian returned home where her family took up the issue, lodging a complaint with the PSP and the national elections committee.

The issue is now with the borough council which will be passing it to a local magistrate to “analyse”.

With time running out in a race that is looking increasingly tight, all Maria de Conceição is interested in is exercising her democratic right. “It’s a very important act”, she told CM.