Portugal Resident
Home Covid-19 Over 80 seniors die following Covid vaccinations – but this could be... 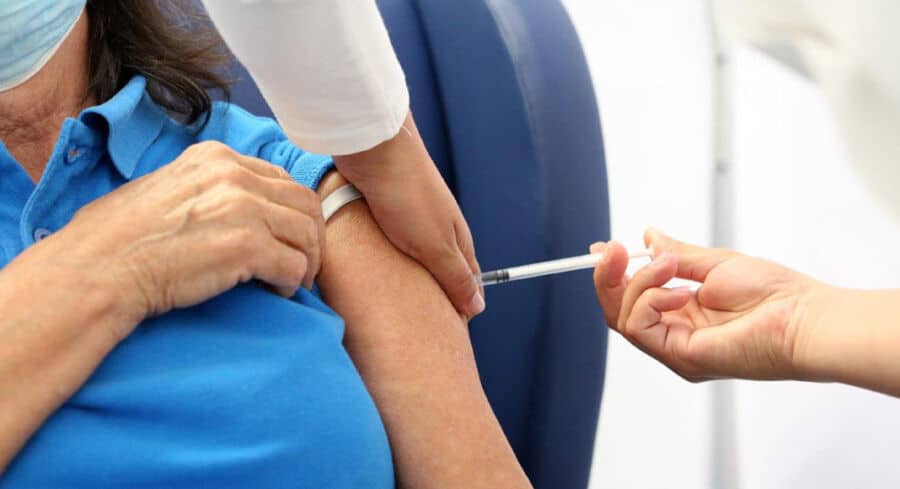 Portugal’s national authority for medication and health products (INFARMED) has published its latest pharmacovigilance report on the safety of Covid vaccines, explaining that the 14,447 adverse reactions in more than 14 million doses administered boil down to just one bad reaction in every 1,000 people.

However, writes SOL online, INFARMED points out that “the cases of death occurred in a group of individuals with a median age of 77, and do not necessarily presuppose the existence of a causal relationship between each death and the vaccine administered, also taking place within the normal patterns of morbidity and mortality of the Portuguese population”.

Most of the adverse reactions were to the Pfizer/BioNtech vaccine (7,581), followed by AstraZeneca (4,188), Moderna (1,486) and Janssen (1,136) – but even this is not a true indication in as much as “the vaccines were used in distinct populational subgroups, as well as during different epidemiological periods and contexts, precluding comparison of safety profiles between vaccines”.

The bottom line, says INFARMED, is that adverse reactions are “infrequent”.

What is more, 90% of them involved “situations of temporary incapacity (including work absenteeism).

Put another way, only 10% were considered significant “by the people reporting them”.

In younger age groups, as reported in our ‘briefly news’ section, there were only 20 ‘serious reactions’ reported in many thousands of doses administered – all of which have had a favourable evolution without consequences.

Among these serious reactions were four cases of myocarditis (heart inflammation).

“The report also informs that among the serious reactions were three cases of thrombosis and thrombocytopenia – two related to the AstraZeneca vaccine, and one to the Janssen. Four were considered probable, and five possible.

“In the case of association between the mRNA vaccines and the appearance of myocarditis/ pericarditis three cases were confirmed, seven probable and one possible”, adds the report.

“There was also one case confirmed of Guillain-Barré Syndrome, associated with the Janssen vaccine, four probable and two possible”.

“In the case of multi systemic inflammatory syndrome (MIS) whose association with the vaccines continues to be studied by the European regulator there was one case referring to a 16-year-old girl, and associated to the Pfizer vaccine.

“The adverse reaction required hospital treatment but the patient is stable and in recovery”.

INFARMED stresses that the most frequently reported adverse reactions “fall within the common reactogenic profile of any vaccine which includes, among others, local reactions after injection or systemic reactions such as pyrexia (fever), headache or myalgia (muscle pain) having been detected at the clinical trial stage and described within the information on these vaccines”.