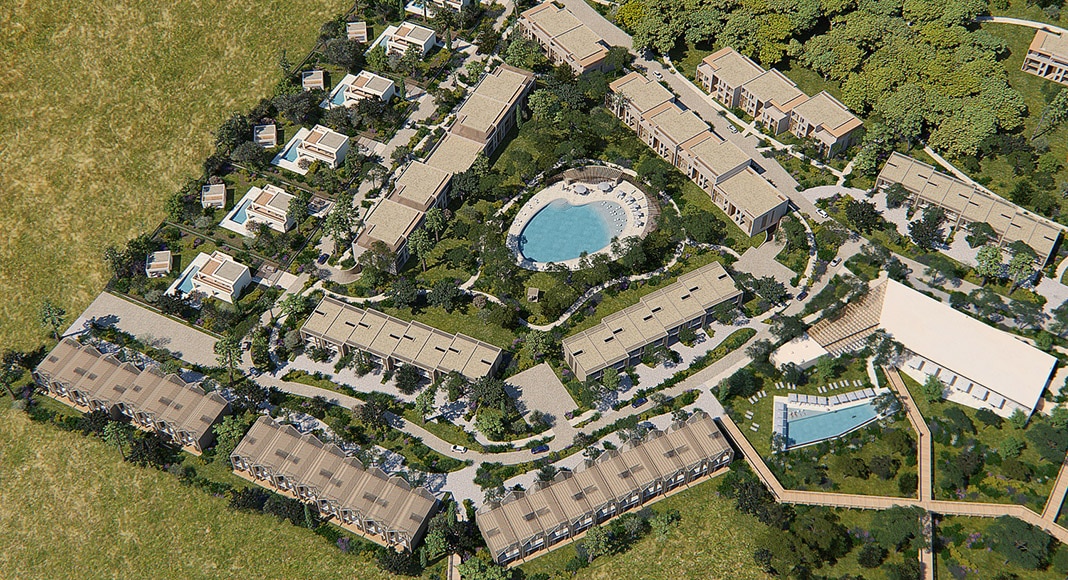 Verdelago Resort – a €270 million nature resort being built in the Eastern Algarve, just a stone’s throw away from Verdelago beach in Castro Marim – has announced that over 65% of its residential tourism units have already been sold.

The announcement comes just one month after the project was officially unveiled to the public.

According to a statement from the resort, most of the buyers are Portuguese although the units are also sparking the interest of Spanish, Brazilian and American buyers.

“Investors, national and international, seek nature, generous areas and spaces which are adaptable to teleworking and the possibility of spending long periods of time away from urban centres,” said the resort’s general manager Paulo Monteiro, adding that “the opportunity of capitalising on their investment is another desirable aspect”.

Says Monteiro, the Verdelago Resort has been built for year-round living: “Owners want to live here, where remote working is possible, all year around.”

Named after the nearby beach and having changed considerably since it was first announced around 20 years ago, Verdelago Resort is being dubbed “the only five-star nature resort to be built on the coast of the Eastern Algarve”.

The project has abandoned plans to build a golf course, having replaced it with a “Green and Leisure Park”, which developers say will become a natural sanctuary for 110 local species from frogs, toads and butterflies to kingfishers, ducks, hoopoes and white storks.

The resort will also include a 197-room five-star hotel, over 340 residential tourism units, a lake, a sports complex, walking and cycling trails, and a “centre for environmental protection”, and will be built in an 85-hectare area with a construction density of 8.7%.

Verdelago Resort is being developed in stages and is, according to developer Verdelago – Sociedade Imobiliária, S.A, the “largest investment ever made in this area of the Algarve”. It is also expected to create around 600 “direct and permanent jobs”.

Construction of the first phase started last year and is due to be completed in 2022. It will include 102 residential units, 57 of which are expected to be ready by next summer. These include 24 one-, two- and three-bedroom apartments, 26 townhouses and seven villas. The remaining 45 units are expected to be completed shortly after. Prices start at €450,000 for the apartments, €670,000 for the townhouses and €1.5 million for villas.

A date for the opening of the hotel and the remaining facilities has not yet been revealed.