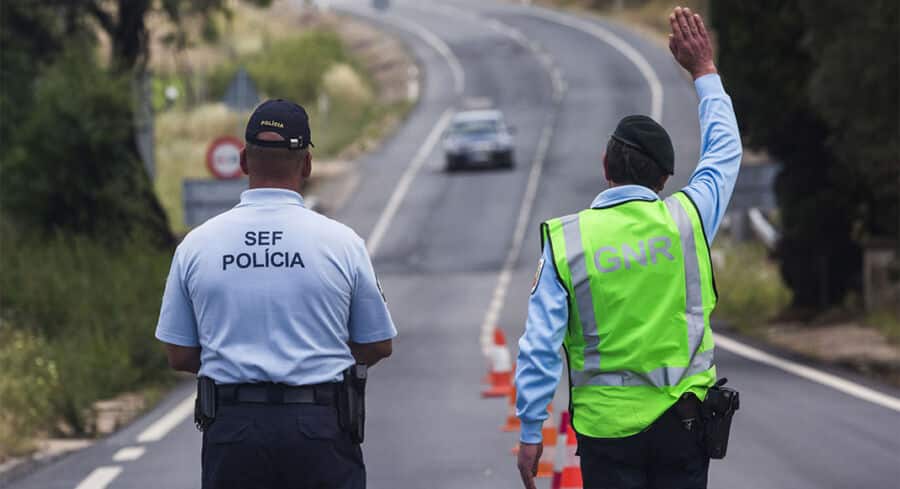 Over 6,000 people have been prevented from entering Portugal by road from Spain since the second ‘lockdown’ came into place.

As the country slowly emerges from two months of confinement, the situation at the land borders remains ‘complicated’.

Only ‘essential reasons’ are allowing people through until April 16 (at the earliest) – and these are largely restricted to Portuguese citizens and legal foreign residents.

But as of April 1, the ministry of interior administration outlined further countries from which anyone travelling will now have to not only present a negative Covid PCR test at the border, but also go into 14-days mandatory quarantine.

This has taken Portugal’s ‘red list’ for ‘points of departure’ up to 14 (UK, Brazil, South Africa, France, Italy, Bulgaria, Czech Republic, Cyprus, Slovenia, Estonia, Hungary, Malta, Poland and Sweden) – and has seen SEF border guards start to offer a ‘bilingual service’, meaning Portuguese and English is spoken at the 16 permitted crossings, in order to try and cater for everyone who arrives.

The results of these border checks – beyond refusing entry to 6,000 – have been ‘interesting’.

Among the 750,000 people whose details have been scrutinised, 31 were discovered to be fleeing arrest warrants. These were all taken into custody and put through the court process.

The 6,100 turned back were identified as people who had no professional or residential connection with Portugal. They were, in the main, ‘immigrants from various countries’, writes Correio da Manhã today – and obviously there is no detail on what may have happened to them, or indeed where they have ended up.

In spite of all the restrictions, the last few days before Easter saw “a significant number” of Portuguese emigrés arrive at Portugal’s land borders. Once allowed through, they were all advised that they would be unable to leave the boroughs in which they were staying until 23.59 on Monday.

Monday at last sees the ‘borough lockdowns’ removed, with the following weekend at least free from any restrictions.