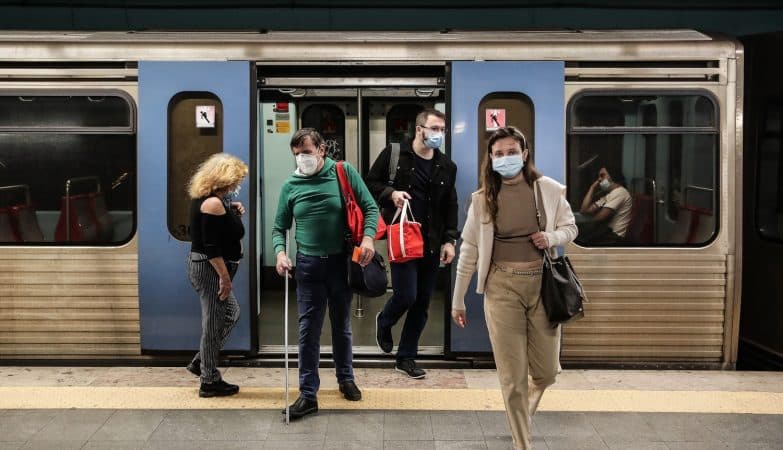 Over 5,550 people have been pronounced ‘recovered’ from positive diagnoses for Covid-19 in the last 24-hours, though numbers in hospitals have increased once again.

After two days in which the number of in-patients plummeted (by 93 people), they have risen again by 16.

A further 67 victims have died while new cases registered total 5,444. There are still high numbers in ICUs (516).

But the ‘good news’ is that the second wave of this virus in Portugal has been deemed ‘to have passed its peak’: steadily the number of new infections is being seen to reduce – and the high numbers ‘recovering’ (many of which will have spent their entire period of isolation asymptomatic) are helping ‘flatten the curve’.

Say reports, next week is expected to see less deaths per day (roughly 40, instead of the higher numbers the country has been witnessing in the last couple of weeks), and a reduced number of new infections (between 3,000 to 4,000 per day).

For a look at the official figures click here. As always the highest number of new infections can be seen in the north and Lisbon areas. The Algarve however is still registering dozens of new infections per day. Ninety in the last 24-hour period.

The latest update  comes as the country enters the first ‘long weekend’ of new borough lockdowns. As of 11pm tonight, no-one will be allowed to leave their borough of residence until 5am on December 2, unless they have ‘justifiable reasons’ (generally meaning work/ medical appointments).