Portugal Resident
Home Covid-19 Over 166,000 teachers in Portugal receive their vaccines this weekend 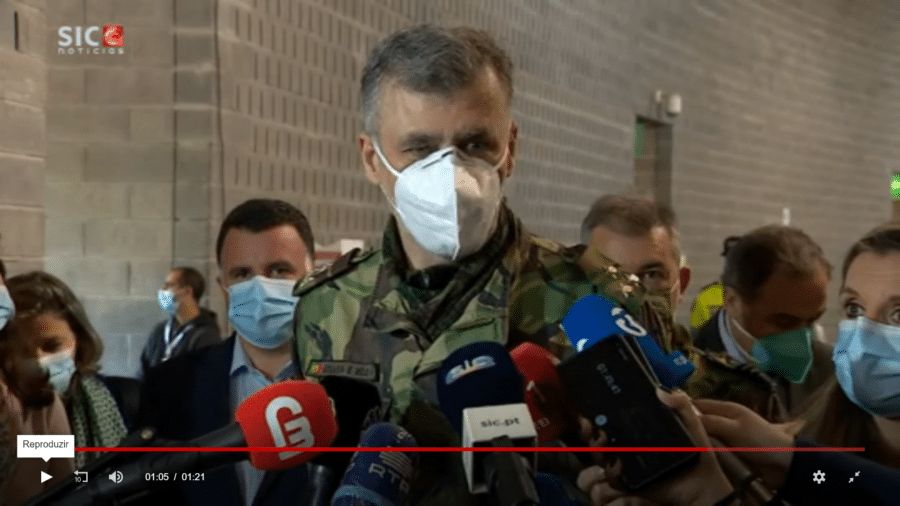 More than 166,000 teachers are receiving their vaccines against Covid-19 this weekend, ahead of the reopening of secondary schools and higher education throughout the country as part of ‘phase 3’ of Portugal’s deconfinement programme.

Primary school teachers were vaccinated ahead of the reopening of primary schools, creches and pre-school establishments mid-March.

Intriguingly however it appears that at least 5,000 teachers (in other words, 3%) have responded to messages calling them for their shots to say they don’t want them.

Another almost 15,000 (14,960, or another 9%) haven’t answered the text message campaign either way – thus it is unclear whether they will turn up at inoculation venues.

Also ‘confusing’ is the fact that teachers union Fenprof claims there are members who say they haven’t been contacted at all.

According to reports, the number of people ‘uncontacted’ is ‘indeterminate’.

But to ensure every teacher/ member of higher education non-teaching staff is offered a vaccine, the education ministry has pledged to set up an online platform between Monday and Wednesday next week, so that those ‘left out’ can be included in the final stage of priority vaccinations.

Correio da Manhã reports that the majority of vaccines being administered this weekend will be Pfizer “given that most of people that need to be immunised will be under the age of 60 and so cannot receive the AstraZeneca shot”.

Meantime, the head of Pfizer has made it clear that even people already covered by two shots of this (most expensive) vaccine on the market to date vaccine will require a ‘booster’ somewhere between six-12 months after the first inoculation, in order to ‘reinforce immunity’.

According to reports in the Portuguese press, the requirement for this booster “will not compromise” Portugal’s ambition to have attained ‘herd immunity’ by the end of the summer.

“This third dose will function, very probably, as a reinforcement to immunity in a way that happens with other vaccines – to increase the quantity of protection, not because protection does not exist”, GP Rui Nogueira told the paper.

For the time being, it is still unclear how long immunity conferred by any of the vaccines that are in use in Europe lasts. Populations are being steered more and more into the acceptance that these vaccines will need to be taken on a regular basis (either annually or bi-annually).