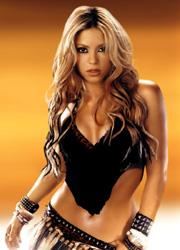 JUST ONE month after tickets went on sale for Rock in Rio-Lisboa, the largest music and entertainment festival in the world, organisers have announced that around 102,000 tickets have already been sold. Official ticket outlets include 64 branches of Millennium bcp bank, Fnac stores, selected BP petrol stations and the official event site www.rockinriolisboa.sapo.pt

When comparing sales to the last event in 2004, there has been an increase in the number of tickets sold in the first month – 83,000 were sold in 2004. In addition, 20 per cent of sales this year relate to two-day passes.

All the bands are now confirmed for the event and, currently, the most sought after tickets are for May 26, when D’zrt, Ivete Sangalo, Jamiroquai and Shakira will perform on the World Stage. On the Hot Stage, there’ll be music from Portuguese groups Fingertips, Expensive Soul and Room 74.

There are two types of tickets available: daily ticket (53 euros) and two-day ticket (90 euros), which can include a combination of days, according to which groups and artists are preferred. The event lasts a total of five days (May 26 and 27, continuing on June 2, 3 and 4), with each day boasting 12 hours of partying (doors open at 3pm and close at 4am each day).

Public transport and parking arrangements are already in place, arranged in conjunction with all the coach, bus, tram and train operators, in order to guarantee easy and fast access to the venue.

As well as all the live music, there will be a Kids’ Area, offering lots of activities for children and a Radical Space offering a real snow slope and the chance to take part in snowboarding workshops. The venue will also have a VIP Tent with air-conditioning, catering and luxurious seating.

The Rock in Rio-Lisboa event will be broadcast worldwide.

More than 3,500 applications to work at the festival

IN THE space of only one month of advertising for volunteers to help staff the Rock in Rio-Lisboa festival, more than 3,500 people have applied. The process began on March 13 and the closing deadline for applications was yesterday (April 13). Now, organisers have to select around 500 volunteers to work in the production, logistics, access, transport, press room areas and provide support in the entertainment areas and backstage.