Residents in Loulé are up in arms about a project to build a dump at a disused quarry in Matos da Picota, less than 4km from the EN125 road and 6km from Vilamoura.

A petition opposing the plans has amassed over 1,000 signatures in a few days.

One of the people behind the citizens’ movement – which has already filed the legal paperwork to become an official association – says that there is a feeling of “total panic” among residents.

“This is complete madness. People know what is at stake here,” resident José Neves told the Resident.

The idea of setting up a dump – officially described as a “waste sorting facility” (unidade de triagem de resíduos) – at the quarry’s abandoned warehouses, near the EN270 road, would always be opposed by local residents. However, making the prospect even worse is the fact that the dump – if it were to be approved – would be used for the sorting of “undifferentiated waste” – a term that opens the dump up to all kinds of waste, they fear.

This would have a “massive impact” on the lives of the surrounding communities of Matos da Picota, Parragil, Boliqueime, Alfontes, Picota, Vale Judeu, Gilvranzino, São Faustino, Varjota, Momprolé, Rocha de Momprolé and many others, the residents say.

However, it is not only the wellbeing and health of those who live close to the proposed dump that is at stake, they add, but of everyone who will have to drive by it.

As the petition launched by residents explains, the site is located just 2km from the A22 motorway, 3.5km from the EN125 – the only toll-free road linking one corner of the Algarve to the other – 6km from the Vilamoura resort – known for its luxury properties, hotels and world-class marina – and 7km from the town of Loulé.

The impact that this dump would have on tourism would be “incalculable”, the residents defend.

“Anyone arriving at Faro Airport and looking to travel to the Barlavento (Western Algarve) would have to drive through a ‘curtain of foul smells’,” Neves warned. “This won’t affect just Loulé and its residents. Businesses will be affected as well as the image of our region as a tourism destination.”

Another issue that is not sitting well with locals is how the matter only became public recently when it has supposedly been in the works for a year and a half.

Público newspaper reports that the council’s urbanism division and the developer had “communicated five times” relating to the project throughout this period.

However, during a recent municipal assembly meeting, Loulé Mayor Vítor Aleixo said that he only found out about the project “around three weeks ago” when he was alerted by local residents. He also guaranteed that the council “will not support the licensing of something like this” and said that the local authority would provide a negative assessment of the project to the CCDR Algarve regional development commission.

The promise is not enough to temper the worries of local residents.

“We are setting up a residents’ association to continue fighting this project and guarantee that there is no way that this will move forward,” José Neves told us.
The goal is to arrange meetings soon with the entities responsible for giving their opinions on it – the local council and the regional environmental association (APA Algarve) – as well as the entity that will have the final say – the regional development commission (CCDR Algarve).

The Resident also spoke with Ann Cooney, an Irish citizen who owns a property in the area and is also “incredulous” about the plans.

“My home is in the community near where the dump is to be sited at Matos da Picota. The idea of having this proposed dump, which will have hospital waste, at this site is in no way appropriate. It is close to houses, villages and it is very close to a school,” she told us.

The developer (Blueotter – Circular S.A) has guaranteed that no hospital waste will be treated at the proposed ‘waste sorting facility’, although the possibility has caused locals many sleepless nights.

“We can only imagine the amount of heavy vehicle traffic, the dirt, the pollution and the impact this will have for some time to come,” said Cooney, who has been made to feel welcome in the community and feels for the local Portuguese people living so close to the site.

“Many have said they are in shock and dread of this encroachment on their area and indeed their peace of mind,” she added.

Cited by Público newspaper, the developer Blueotter claims that the goal of the new facility is to replace the existing dump in Boliqueime, which has been there since the 1990s, but with “environmental and operational conditions of excellence”.

The quarry where the dump is planned to be set up has been abandoned since the bankruptcy of the Barrabrita/Manuel Joaquim Pinto company which managed it.

Opposition party demands answers
Meanwhile, PSD Loulé has presented a motion, which has been unanimously approved by the municipal assembly, to suspend the municipal plan (PDM) to halt the development of the proposed dump.

Mayor Vítor Aleixo’s allegations that he was unaware of the project up until a few weeks ago have also been targeted.

“(This is) a clearly distorted truth because while it is true that the final licensing is carried out by these authorities (APA and CCDR), the management of the territory is naturally in the hands of the local council, which has mechanisms at its disposal to stop this,” the party’s local delegation said.

Meanwhile, Vítor Aleixo has described the approval of the motion as a “recommendation that is difficult to implement”.

“The PDM is in the final phase of being reviewed and must be approved by the end of the year,” he told Público. 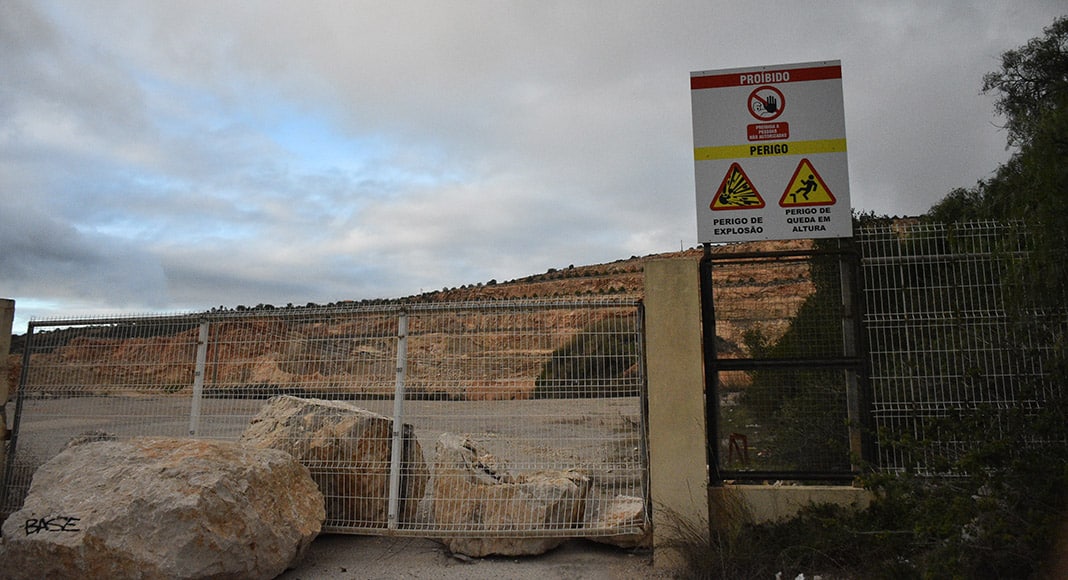 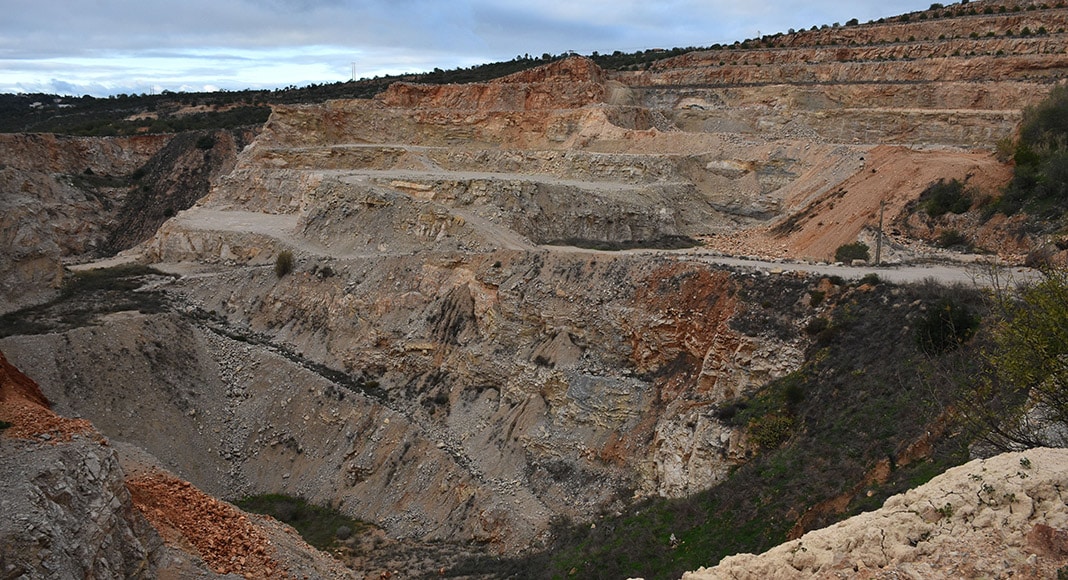 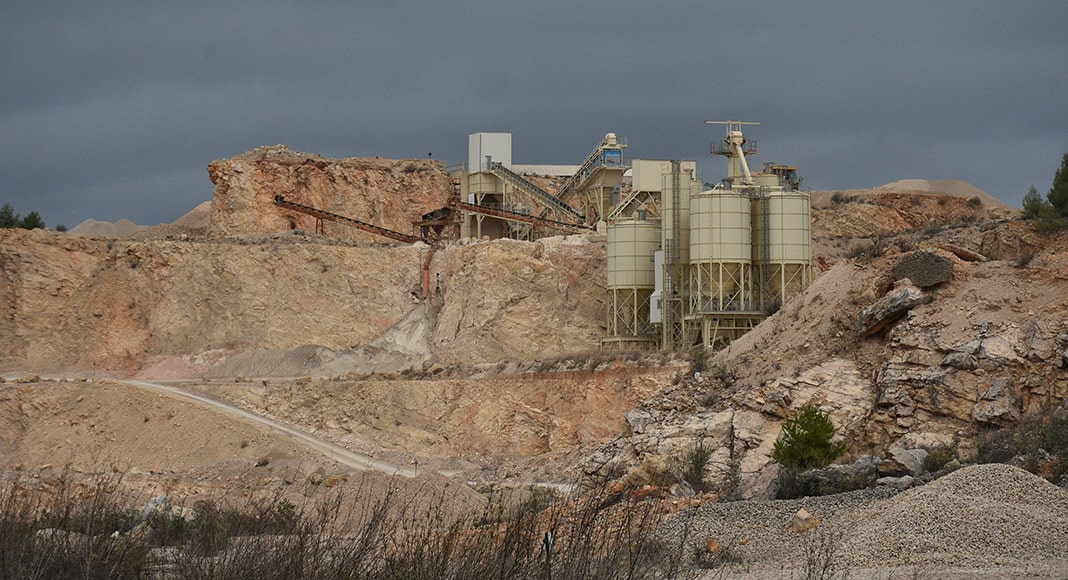