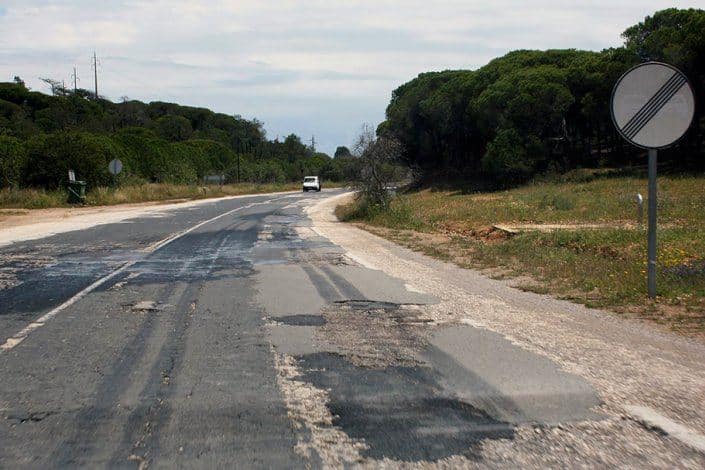 The Portuguese government is under fire again due to mounting criticism over the “unacceptable” and “chaotic state” of the Algarve’s EN125 road between Olhão and Vila Real de Santo António.

After Castro Marim mayor Francisco Amaral said he was thinking of asking President Marcelo for help to pressure the government, now PSD MPs in the Algarve are urging state officials to deal with the “unacceptable situation”.

MP Cristóvão Norte says some parts of the road are in such bad condition that they are barely usable, adding that it is “incomprehensible” how the government has allowed the EN125 to reach this state.

The government, on the other hand, has always defended itself by saying the case is being held up by the Court of Auditors.

But while drivers wait for the bureaucratic thumbs up, they are faced on a daily basis with a road that is “a complete chaos”.

A civic movement (Movimento de Cidadania dos Utentes da EN125 –Sotavento) has already been created to pressure the government into doing something.

“It is impossible to dodge the potholes as there are so many of them,” Lucinda Martelo, one of the members of the movement, told Correio da Manhã.

António Fernandes, another driver who has joined the movement, says that he and many others have to change their vehicle’s tyres every year-and-a-half as the situation has become “so bad”.

“We want to say ‘enough’ once and for all. We want all authorities involved to shed their party colours and come together to move forward with the works because the situation is critical,” added Hugo Pena.