Portugal Resident
Home Portugal News Outrage as yet more thousands discovered to have been jettisoned at Maddie... 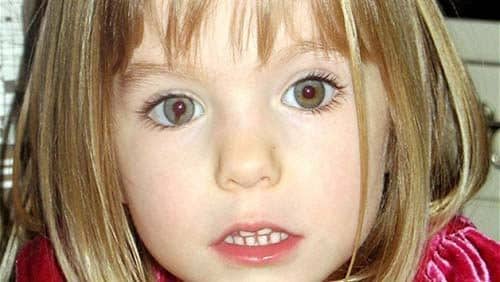 A new disgrace in the €16.4 million police investigation into the disappearance of Madeleine McCann has erupted in the British media.

It now appears that the Operation Grange ‘Maddie probe’ has involved the hiring of private investigators from firms that were actually being investigated by the Serious Fraud Office for “allegedly overcharging” the British government.

According to a report in the Sunday Times, both firms were under suspicion of putting in bogus charges for the electronic tagging of released prisoners who were either “dead, back in prison or had fled the country”.

One of the companies, G4S, has “since repaid more than €130 million to the Treasury” over the scandal, but it is still another low moment for the Metropolitan Police which has come under enormous criticism for spending so much money on the Maddie investigation over the past eight-plus years, without coming up with one single charge or provable theory.

According to stories in the media today, “up to 81 officers from private security firm G4S were recruited to assist Operation Grange – even though at one stage 31 detectives were assigned to work on the case full-time”.

G4S was also involved in Operations Yewtree, the Met’s child sex abuse inquiry, and Withern – a probe into the 2011 London riots. But it is the Maddie angle that has inflamed tabloid media, as it centres on the “failed” aspects of police investigations this far, and how much they have cost the British taxpayer.

The information emerged as a result of documents obtained under Freedom of Information laws, explained the Sunday Times, quoting shadow police minister Jack Dromey as saying: “The public will be rightly concerned at the creeping privatisation of core police functions and that the policing of their communities is being increasingly handed over to private companies”.

Where the revelations will leave the already “drastically scaled down” Maddie investigation is anyone’s guess. Here in Portugal, the PJ’s parallel investigation remains ongoing, although not exclusively focused on finding the British toddler who disappeared without trace from a holiday apartment in Praia da Luz in May 2007.

As a police source told us late last year, the case has been “worrying, because in most cases where no-one is arrested or charged, we know what happened, we just can’t prove it.

“But in this case, rigorously, there is no definitive idea on what happened. We don’t know a thing”.

As Sky News Martin Brunt said on air last October, “it is a case of £10 million spent and nothing achieved”.

Since then, the investigation’s total expenditure has increased, with the figure of €16.4 million due to be reached by April this year.