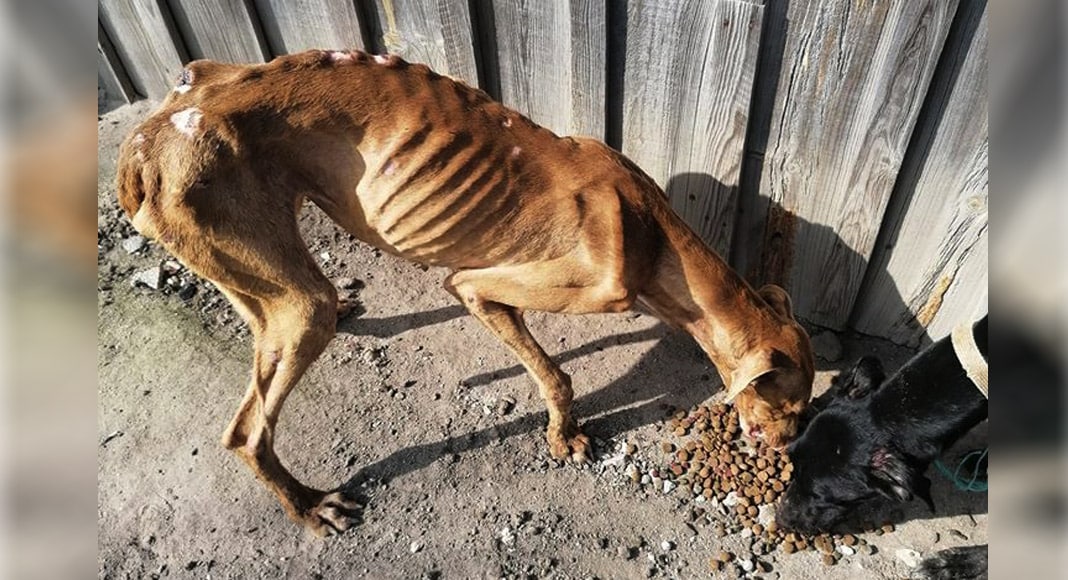 Animal lovers throughout Portugal have been sharing the pitiful images of greyhounds – rescued from the farm of bullfighting horseman João Moura – in a concerted bid to shame the man who claimed after his arrest that some dogs were “thinner (than others), that’s all” (click here).

According to the private shelter where nine of the dogs are now being cared for, “thinner” doesn’t begin to describe the animals’ conditions.

One has already died, one is not able to get up, and the others are all in urgent need of veterinary attention.

“They are in a very bad state”, writes Gosia Nesterowicz, a maritime lawyer working in Lisbon who dedicates her spare time to supporting animal shelter Cantinho de Milú in Setúbal.

Writing on a social media dog adoptions group, she explains that some, possibly all the dogs, “might have leishmaniose or other diseases, and it is not by looking at them that they get diagnosed. They need blood tests. So donations are needed. Sadly lots of donations. Rescuing nine dying dogs does not come cheap. We planned to take only four but seeing them today … it was difficult to choose just four”.

This is how nine ended up at Cantinho de Milú which hasn’t been given any financial support, even though the animals were ostensibly ‘rescued by municipal authorities’.

As Gosia explains: “No public subsidy comes with these dogs. They obviously don’t live off air and water but the competent authorities must think so”.

Used to fund raising for emergency cases, Cantinho de Milú is appealing now for these desperately sick animals, all of which must have blood tests to determine what exactly is wrong with them.

A complete test, checking for leishmaniose, tick fever, heart worm and liver and kidney function costs €100. Times that by nine, and that is what is needed now.

Says Gosia: “I know it is a lot and I am not sure if we will manage to gather €900 but it is either this or they will stay like they are” (see update below).

Posting her appeal on ‘Dogs of Portugal’ late last night, she writes: “Please help. No-one has to send €100. Every one euro counts. If all people that shared this video (of the dogs) today sent one euro, we would already have the money we need…”

Meantime, the horror and revulsion felt by people up and down the country has been screaming from the pages of social media. Even the GNR posted images of the dogs, confirming their debilitated states and unsanitary conditions.

A petition calling for the condemnation of João Moura, who claims to ‘love animals’, has already gathered almost 5000 signatures.

For now the ‘renowned’ bullfighter appears to be keeping a low profile. He was released on the lightest of bail terms to return to his farm property in the borough of Portalegre on Wednesday. He faces charges under Portugal’s relatively new animal protection legislation which has made it a crime to mistreat ‘pets’ (click here). Under the legislation, animal abusers can be sent to jail and prohibited from owning animals for a period of five years.

According to tabloid Correio da Manhã this morning, João Moura owes “close to half a million euros” to the tax authority, and will now face a further charge under the animal protection law due to the fact that one of the animals has now died.

UPDATE: Within an hour of Cantinho de Milú’s appeal for funds going online, the charity that cares for around 750 dogs had raised over €1000, writes Jornal de Notícias.

Publishing new images of the greyhounds, the shelter stressed that they are not yet ready for adoption, and cannot receive visitors. “They need to rest. We thank you for your understanding”.