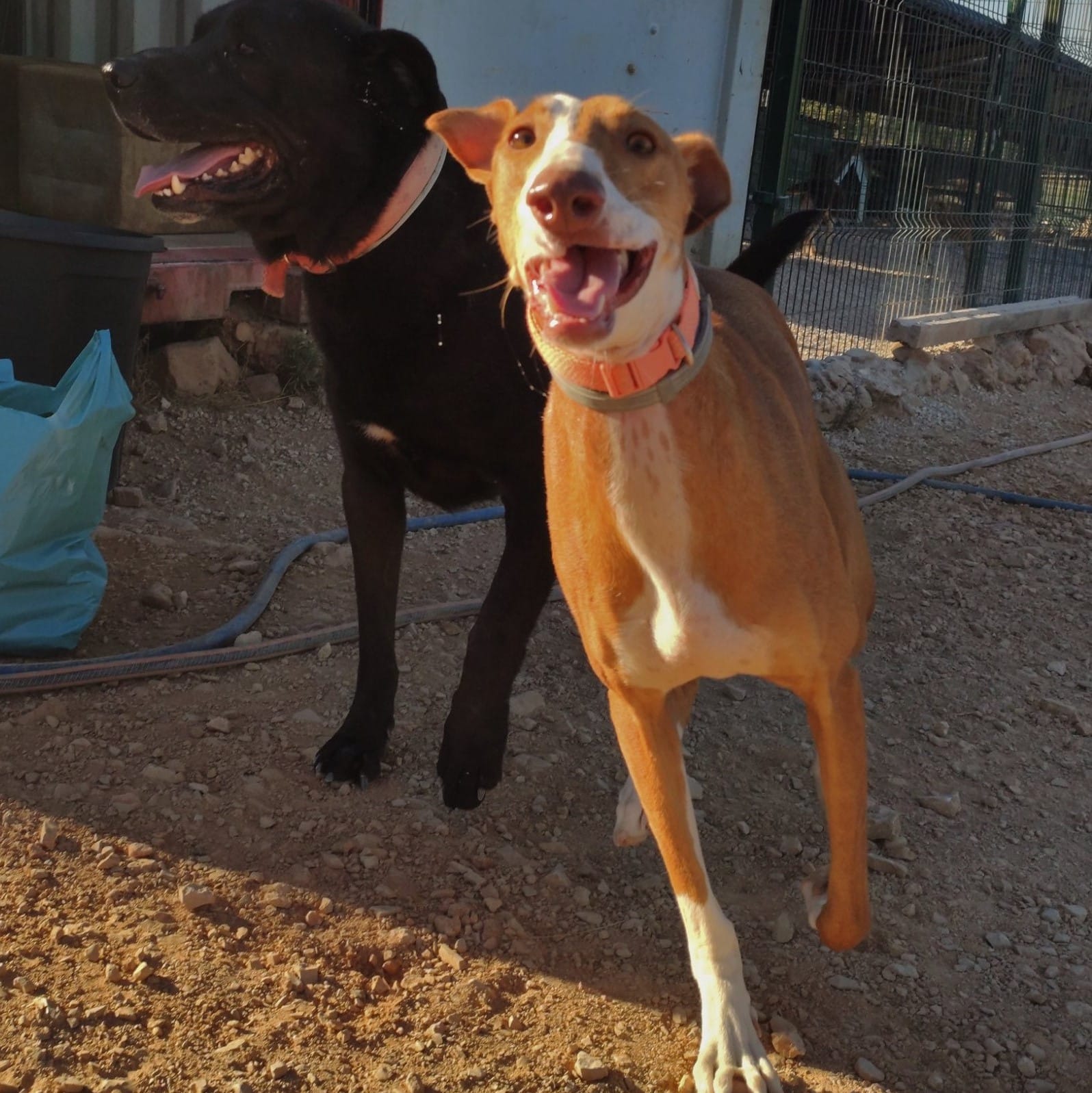 “What the heck is wrong with Loulé Câmara?!” This is just one of the many furious questions posted over social media in the last few hours after Benafim Dogs – a shelter that has been running on private land for years – broke its “devastating news”: the local municipality has slapped it with a fine of over €3,600, essentially shutting it down.

“What this means”, says the shelter’s Facebook page, is that Benafim Dogs “with immediate effect” can take in no more animals.

“The decision from Loule Câmara is final; we are not in a position to appeal this. Financially to fight this in court is non viable…”

The issue stems from the shelter being on land with ‘protected status’. Irrespective of the fact that the shelter has “always treated the land with utmost respect” (meaning it has not erected any kind of fixed construction nor laid power lines or mains drainage), the municipality is sticking rigidly to the ‘letter of the law’.

This is not the first time Loulé Câmara has targeted an animal refuge working flat out to care for abandoned animals.

It is currently in a legal battle with Animal Rescue Algarve – a shelter with a unique formula that recently won international praise (click here).

ARA is sticking to its guns. Benafim Dogs is trying to work out its options. It is a smaller operation than ARA – but no less important for the animals whose lives it completely transforms.

Benafim has specialised in taking old, often ‘dangerous breed’ dogs – many from municipal pounds where they were never walked, socialised or given any attention at all.

“They basically go into those pounds to die”, said Benafim’s Louise Aherne. “Here we have massive runs; the dogs get exercised twice a day. They have a life! We’ve got the point where we have homed almost all the dogs that came to us after spending years in municipal shelters…”

As organisers posted their heartbreak over social media last night, they also highlighted the feeling of injustice that has been amplified by the hundreds of social media posts that reacted to the news.

They explained: “It is incredibly sad that shelters like Benafim Dogs are being forced to close, fined and penalised when so many prison-like concrete structures where hundreds of dogs are kept for years without exercise are legally operating”.

“Who knows what the next few months will bring but one thing is certain – we are going to try and be like Maya and Black Nero (the two dogs in the image above)… without fail they smile, they laugh, they help each other, they respect and are patient with each other, keep each other warm at night, care and love each other and help each other through the harder days”.

Organisers are “processing all the kind, supportive comments” received in the last few traumatic hours and will be providing updates as they move forwards.

The Resident will bring news of any fund-raising initiatives as right now there is no way of paying the Câmara’s fine. The shelter is ‘self financing’ and ‘non-profit’: any money it has goes straight out again for the dogs.

Said Louise: “This is such an example of non-joined-up thinking: council departments not communicating with each other. What do they think they are achieving? By shutting us down, the land that is being looked after right now, will just be ‘left’. We have done nothing to ruin it, and the dogs have been given idyllic conditions and the chance of finding homes that will love them. None of this makes any sense at all…”

Repeated calls to Loulé Câmara have found us either ‘cut off’ or left hanging on the end of a telephone.

As soon as we get an official response, we will update this story. But for now, social media is ablaze with dumbfounded indignation.

Says one of the myriad of angry posts: “This is just another selfish, unnecessary act by the Câmara. This country time and time again shows no compassion or care for its animals or any gratitude to the people who try to help and take care of the huge numbers that are ill treated and abandoned.”

SOS Algarve Animals, an association working in the region has since written a powerful letter to the president of Loulé Câmara, Vítor Aleixo, which has been translated into English below, It highlights what appears to be a systemic lack of joined-up thinking:

What is happening in Loulé?

I mean with the Camara of Loulé? On behalf of SOS Algarve Animals I have put in project proposals for sterilisation of hundreds of animals in the municipality of Loulé. I have not heard one word, not a confirmation of receipt, nothing. Not an email, thank you for your project proposal, we have received it in good order and we will be in touch, nothing…

You do remember I visited you in your office at your request? To find out you had not even heard of SOS Algarve Animals, which was kind of shocking.  SOSAA has existed for 10 years. It has rehomed 1000’s of local animals, all privately-funded, and sterilised even more, also privately funded. In 2019  we sterilised 1220 animals at a cost of €65.895,00 also privately funded.

Why oh why are we not heard?

Why oh why are you closing down a lovely small perfectly-managed shelter?

Benafim Dogs is being closed down, a privately run shelter/rehoming shelter, which was an exemplary set up and management on how things should be – rehoming and adoptions, not warehousing dogs by the hundreds living forever in concrete boxes.

Why oh why? Because of the designation of the land?  It is protected.

Hunters can use this protected land and shoot and kill whatever moves in there to the best of their liking? So what is protected land? Animals are definitely not protected in designated land of the same adjacent to Benafim Dogs.

Let’s talk about ARA, an amazing setup and another example of how a shelter should be managed, set up, run, designed, etc. But no official person has set foot in there because they are illegal?  So how come you want to close this down too? Because of the designation of the land? As long as avocado farms are turning up in nature reserves, I am sure something can be done to keep ARA where they are and in the set up they are. It is just a matter of paperwork.

Why oh why does the municipality want to make such a strong point when it comes to animal welfare? Loulé is not known for improvement of animal welfare, quite the opposite.  It was only a couple of years ago that severely wounded animals were found outside the Câmara kennel on a hot sunny day roasting in a car. Who they did belong to again? I am sure you know the answer. Was it 2015 when Loulé Câmara was in the news because of the poisoning of a colony (of sterilised) cats via an external company?

Why not legalise these shelters, and work together, use the facilities the knowledge the expertise? Use what is already here, and make the most of everything. Use the facilities of ARA and have the best set up shelter in the Algarve, possibly Portugal, make use of what is here, work together…

Why oh why are the foreigners completely passed by in these matters, whilst they do carry a wealth of knowledge and expertise, unknown to locals? They are happy to share, as it serves a bigger cause.  It is like we foreigners don’t exist. We feel like we being are treated exactly as the animals here – ignored. 25 years of experience in international animal welfare in Europe, yet I have no voice which is heard.

Why oh why are plans not thought through with a long-term vision?

Why oh why are you building a Câmara shelter in Benafim, next to the cemetery? Why oh why do you build such shelter in the middle of nowhere? Do you really think the people in Loulé are going to drive there to abandon their animals? No they won’t, they will dump them in the middle of nowhere between Loulé and Benafim, either to die on the roads, die of starvation. I wonder what the new golf course in Quinta de Ombria thinks about this all?

Will the animals in Benafim be boxed up in a concrete shelter like the new ones in Faro and Olhão? You do realise we live in 2021 (almost) and not 1970?

I realise I may be risking any possibility of help/ funding from the Câmara for our sterilisation efforts, but on the other hand things should be out in the open for a change, and we should all work together and make life better for the animals who have no voice.

Why oh why is there nothing from your side towards all of us? Portuguese and Foreigners? Join forces, the world will become a better place.

Awaiting your reaction in anticipation