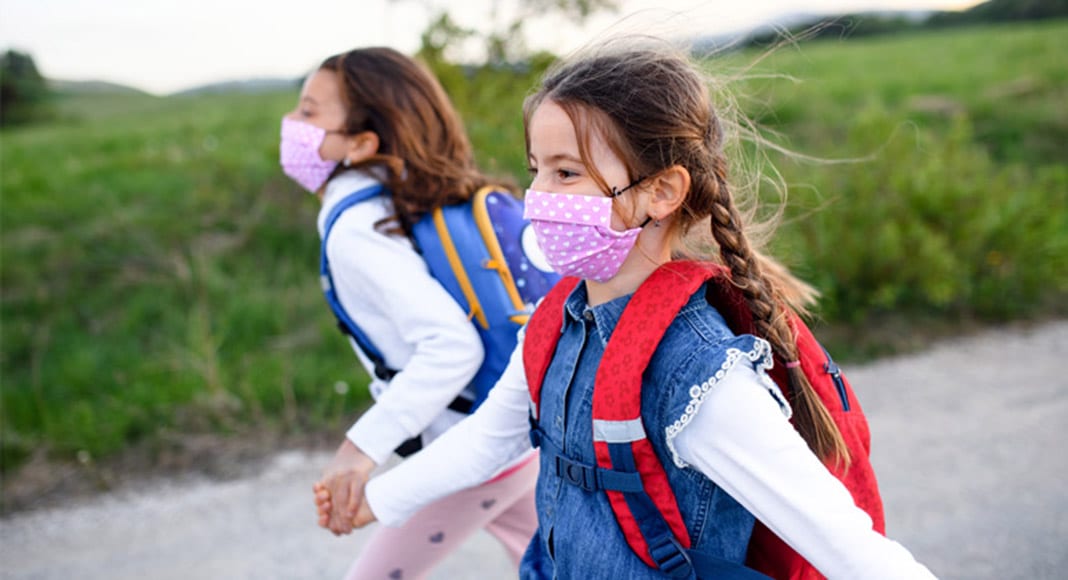 Just as media reports suggest the government is about to drop the rule about wearing masks outdoors when physical distancing is impossible (click here), DGS health chief Graça Freitas has said school children should keep them on in the playground.

Talking in parliament, Ms Freitas admits that: “Indirect transmission of the virus is by an accumulation of droplets which is a great deal less efficient outside than inside” but in large outdoor groups of people and “special contexts”, the mask should, in the opinion of her and her colleagues on the board, still be used.

“Each one of us should, in spite of everything, continue to carry a mask in case it needs to be used…” she added.

Ms Freitas was speaking after the PSD (centre-right party) called for expert opinion on the likelihood that the outdoor mask-wearing rule will be dropped at the weekend.

In the PSD’s opinion, the decision shouldn’t simply be political (coming as it does before municipal elections at the end of the month). It could have “consequences for public health should therefore be taken with scientific corroboration”.

Minister for the Presidency Mariana Vieira da Silva has confirmed that the end of the obligatory use of masks in public open spaces when physical distancing is impossible will be decided in parliament. It was last renewed for a period of 90 days on June 11, so technically it lapses on Sunday.

Public health doctors have already ‘voiced their concerns’ over any relaxing of current measures of prevention, suggesting that the continued use of masks as they are used now will help the country pass a “more controlled” winter in terms of viruses in general.