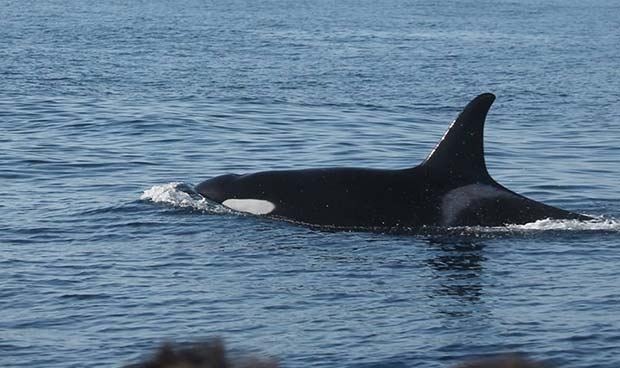 Holidaymakers enjoying a dolphin-watching trip just 2.5 kms out to sea near Albufeira got a major bonus when four Orcas turned up, accompanying the boat long enough for people to take plenty of photographs.

“We know that orcas pass the Algarve coast at least twice a year, following tuna migration routes”, he said afterwards.

But it was still a major surprise for the 70-plus tourists on board Dreamwave’s boat.

Sá took the opportunity to dismiss some of the myths surrounding killer whales.

They are not whales, for a start, he said – being the largest species of dolphin that exists – and they are not killers, either.

Last year, a similar sighting was registered 11 kms from Carvoeiro – suggesting the warmth of the seea this year may be bringing these beautiful creatures closer to shore.