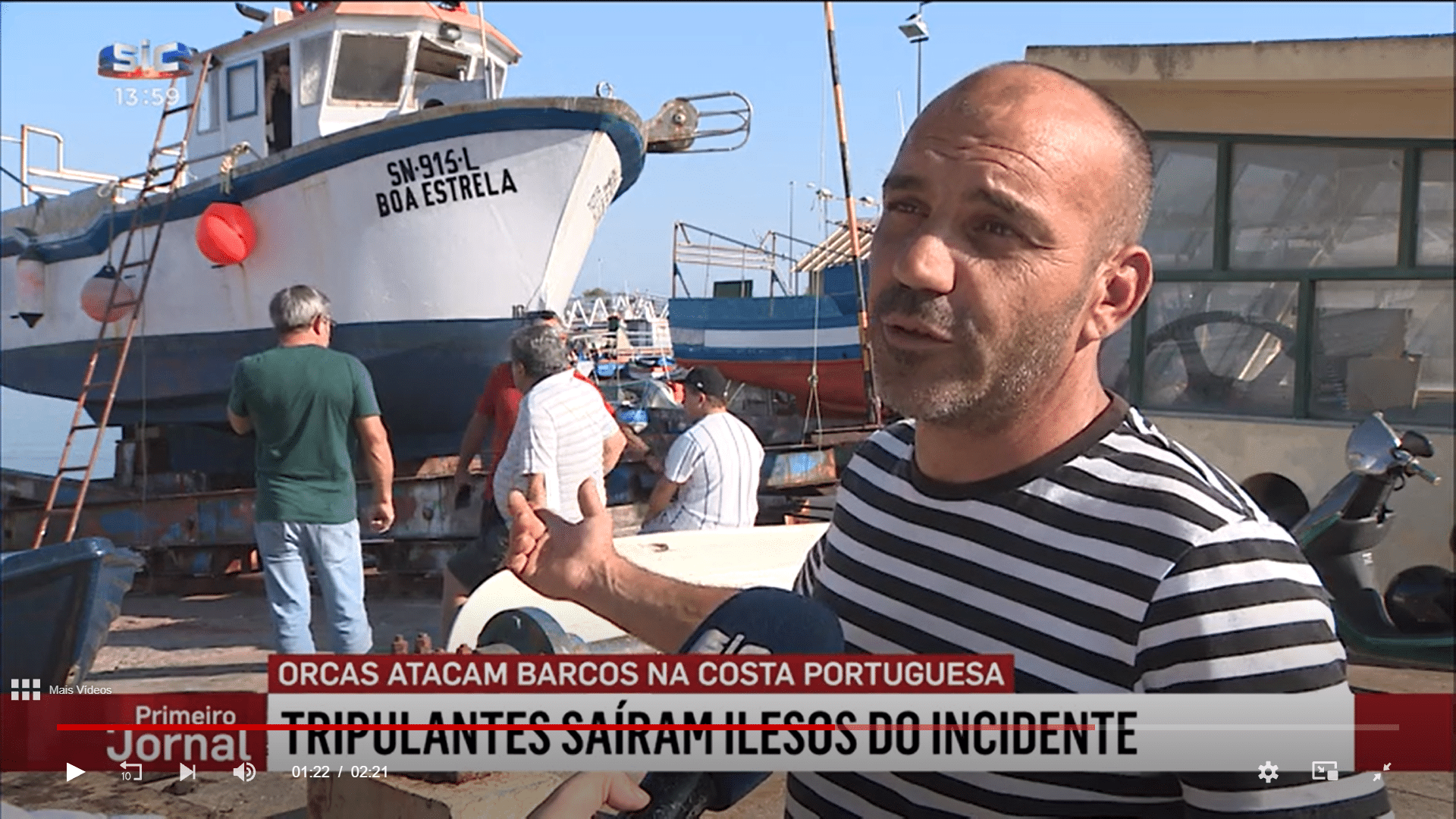 Yet another ‘Orca attack’ (which may not be an attack at all, but a form of overly mischievous play) took place early this morning off the west coast of Portugal, this time affecting a fishing boat, three nautical miles south of Troia. The problem with this incident is that the two crew members on board went into panic, believing the creatures were going to capsize their craft. They engaged the engine, which caused the orcas to intensify their ‘interaction’ – at times appearing to nudge the boat to the point that it could have rolled over. Luck would have it that help was at hand, and the Boa Estrela was eventually towed into Sines port with no human injuries, but a severly damaged rudder and battered hull. This is just one of a number of incidents that have been reported in recent months. For more information on these orca interactions click here.