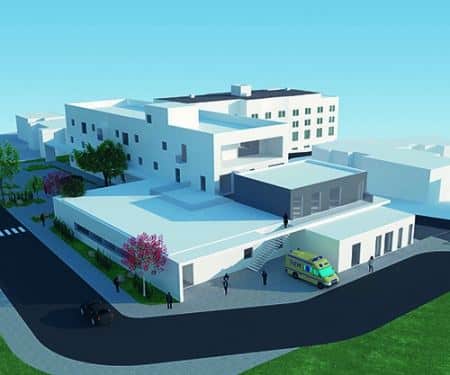 No sooner had Prime Minister Pedro Passos Coelho cautiously announced that the Portuguese economic recovery was underway during the Pontal Party in Quarteira on August 14 than the opposition voices made themselves heard as loudly as the dozens of protesters that honked incessantly outside the venue against the tolls on the A22 motorway.

At the event, which usually marks the political ‘reentré’ for the Social Democratic Party (PSD), Passos Coelho said that “2013 will be the year of reversing the downward economic trend”.

Speaking to around 1,500 guests at the Algarve venue, the Prime Minister assured that “we are closer to overcoming this recession and turning one of the darkest pages in the history of our country”.

However, not everyone is sold on the Prime Minister’s predictions, with several opposition party members and other political and economic figures criticising his speech.

Reacting to the Passos Coelho’s affirmations on the same day, the spokesperson for the Socialist Party (PS) João Ribeiro said that Passos Coelho “insisted on following the same recipe of doing whatever it takes” and that his speech “couldn’t be further from reality”.

“How much will it take? How many unemployed people? How many bankruptcies? What answers did the Prime Minister give today to the unemployed and to struggling business owners?” asked the spokesperson for the PS.

As for Rui Fernandes, member of the Communist Party’s (PCP) Political Commission, he told Lusa news agency that this was the speech “of someone who was trying to justify the disaster caused by his politics, as the increase of unemployed people, the worsening of the recession and the destruction of thousands of companies show”.

The parliamentary leader of the Left Wing party (BE) Luís Fazenda was just as harsh, saying that “the Pontal speech was incoherent, filled with bad news and didn’t bring any hope to the Portuguese”. He added: “As such, we condemn it for its hollowness and for its political non-existence.” Regretting the fact that the Prime Minister didn’t mention any measures regarding the next government budget, Luís Fazenda also said that the Prime Minister’s words were very “contradictory”.

But it was not just the opposition who criticised Passos Coelho’s speech, as even the president of the Regional Government of Madeira and PSD member, Alberto João Jardim, said that he was “a little bit more pessimistic” regarding the economic recovery than the leader of the Portuguese Government.

The day after the speech, the Minister of Economy Álvaro Santos Pereira came to the Prime Minister’s defence: in an interview with Portuguese television channel SIC Notícias, Santos Pereira said that 2013 was going to see a turning point for the national economy, but admitted it might not happen at the start of the year. “The year doesn’t end in January,” he said.

According to the Minister of Economy, the Government has made historical reforms that will enable the country’s growth, such as the recent approval of the “Third Energy Package”, which will allow the production of renewable energy at less costs for the Government (up until now, those who produced renewable energy received benefits).

Despite the optimistic words of the Government, prominent economist João Duque dismissed Passos Coelho’s hopes for economic stabilisation in 2013. “I understand that it’s important to encourage people, but this seems very hard to achieve without investment. We need to attract foreign investors,” said the economist to online newspaper Dinheiro Vivo.