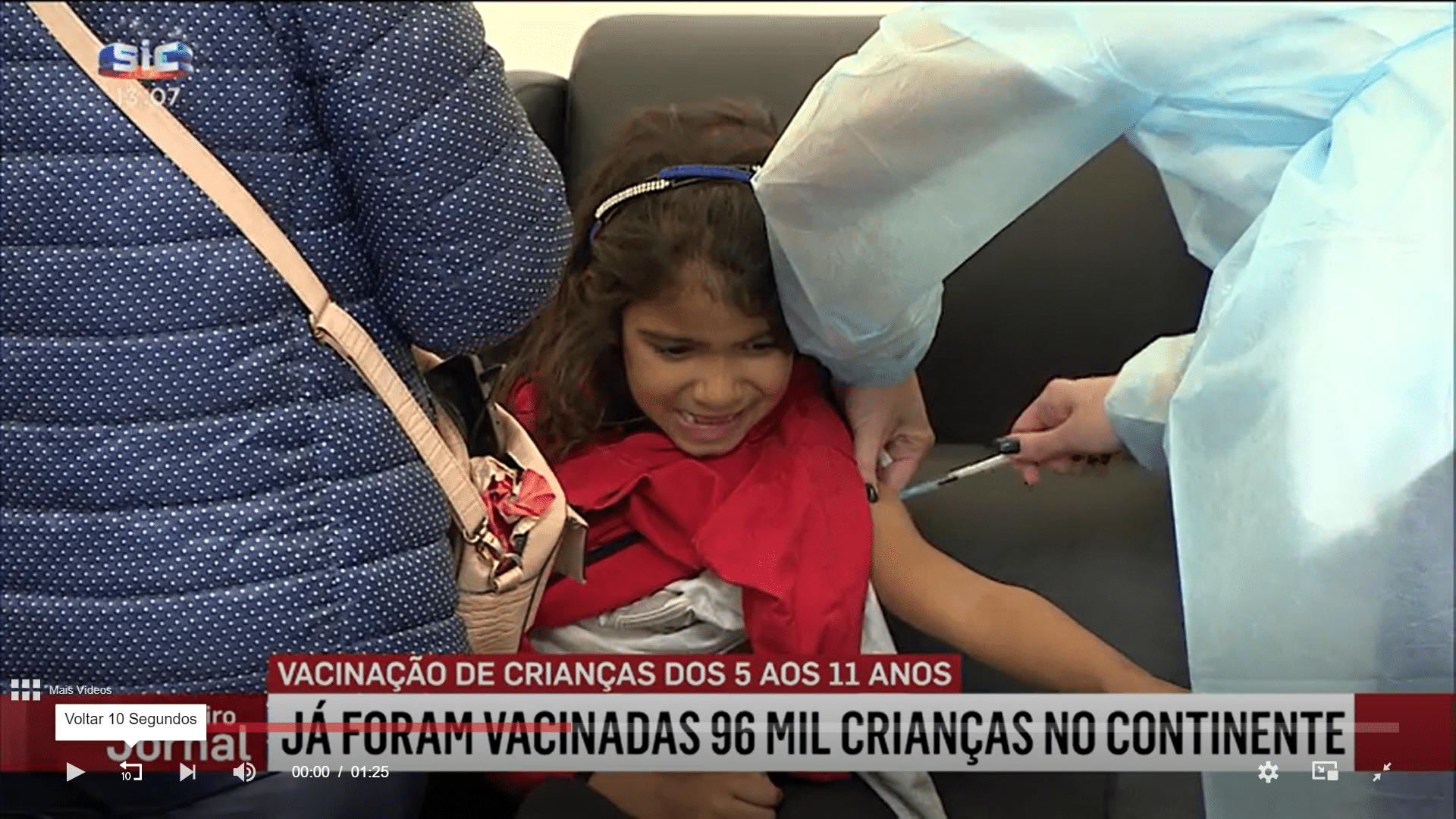 Only 8% of children in Madeira have come forward to take up the offer of mRNA vaccinations against Covid-19.

The regional government has dubbed the situation “inconceivable, after two years of pandemic”.

Pedro Miguel Câmara Ramos, the archipelago’s health secretary, adds that of the children considered to have ‘risk pathologies’ (which could see them suffering from infection by SARS-CoV-2) only 27% (321) have been vaccinated since the island began its roll-out in under-12 age-groups on December 14.

This is simply “unacceptable”, he said.

Meantime, on the mainland, roughly 96,000 children under the age of 12 have now received the first dose of their ‘child-dose’ mRNA vaccines, and will be receiving second doses in February.

A further 19,000 have reportedly used the DGS ‘self-scheduling platform’ to book their shots in early January, when vaccination centres will be concentrating on administering child vaccinations.

According to reports, even so, the numbers are far from ‘ideal’ (click here) as many parents (and indeed pediatricians and GPs) remain dubious over the risk/ benefit analysis performed by health authorities before Omicron ‘changed the landscape’ in terms of how much immunity current vaccines actually confer (click here).