Portugal Resident
Home Business Economy & Finance One year until the Brexit due date: What we know and don’t... 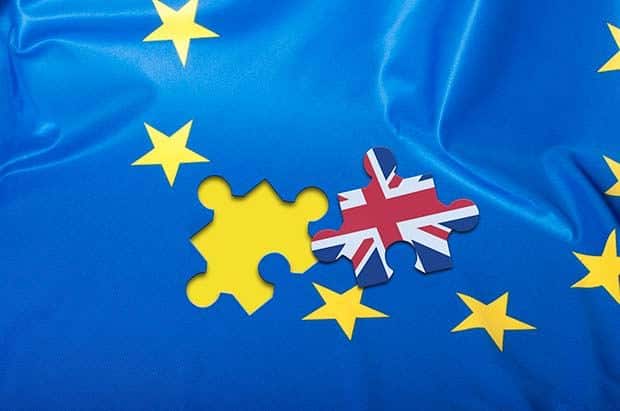 With only one year to go until Britain officially leaves the EU, we explore how things stand for expatriates in Portugal under the proposed Brexit deal.

Residency: What we know

Although Brexit is scheduled for March 29, 2019, a proposed 21-month transition period is expected to maintain existing residency rules and benefits until the end of 2020.

Britons “lawfully residing” in an EU member state before the December 31, 2020 cut-off date will retain the right to remain and access existing benefits in that country after full Brexit takes effect.

Those who already hold permanent residency can convert their documentation for free. Others are promised a “transparent, smooth and streamlined” process, with a two-year application window.

However, residency rights expire if you are absent from the country for five continuous years or more.

Residency: What we don’t know

What counts as “lawfully residing” is unclear. Permanent residents will qualify, but expatriates living in a country for under five years may need to prove their settled status.

If you have not already, make sure you have registered with the local authorities and secured any supporting paperwork. The residency process takes time, so take action as soon as possible to avoid missing the cut-off date.

Beyond Brexit, we do not know how acquiring residency, visas and permits will work, but we can expect it to be much less straightforward than today.

A key unresolved issue is onward freedom of movement – whether you can automatically relocate to another EU country after Brexit. This especially affects those who work or wish to study across different member states. While Britain has offered “guaranteed rights of return” to EU citizens settled in the UK before Brexit, so far the EU27 has not agreed reciprocal rights for Britons.

Healthcare and pensions: What we know

The deal on the table preserves existing access to pensions and healthcare for residents legally settled in the EU before Brexit. This means holders of the EU ‘Form S1’ can continue receiving free or reduced healthcare, and the European Health Insurance Card (EHIC) still provides cover when visiting other EU countries.

British expatriates remain eligible for annual increases in the State Pension, even if you have not started taking your pension before Brexit. As things stand, Brexit will not affect how you can withdraw or transfer UK pension funds.

Pensions: What we don’t know

Post-Brexit, the UK no longer has to follow EU rules on freedom of movement for capital; this could lead to increased taxation of UK pension withdrawals and transfers.

Last year, the UK introduced a 25% tax on transfers to Qualifying Recognised Overseas Pension Schemes (QROPS) located outside the EU/EEA. Some speculate that this could be extended to within the EU once Britain sheds its obligations to the bloc.

As such, there may be limited time to transfer without tax penalties. Make sure you take personalised, regulated advice before taking any action with your pensions.

Taxation: What we know

Each country sets their tax rules, not the EU, and tax treatment depends on whether you are resident, not your nationality. Brexit itself, therefore, has no effect on how Britons are taxed in Portugal. However, under current rules, some non-EU/EEA assets are taxed differently.

For example, if you sell a Portuguese property to reinvest in a new main home within the UK, you currently qualify for capital gains tax relief. Once Britain is outside the EU/EEA, the sale would attract capital gains taxes.
A financial planning review can ensure your wealth and assets are structured as tax-efficiently as possible and prepare you for any Brexit implications.

Taxation: What we don’t know

Tax rules are always subject to change, even without Brexit. The main threat here comes from the UK; as the government loses its EU commitments, it gains more freedom to tax nationals living in Europe. As already mentioned, pensions could be a key target.

Another could be tax relief rules for expatriates. For example, in recent years, the government has threatened to remove the personal income tax allowance from non-resident British nationals. Taking this away from expatriates post-Brexit could be a relatively easy way for the Treasury to boost revenue in the future.

While the proposed withdrawal agreement and transition period provide some reassurance for expatriates, the final deal is not signed. With only months of certainty left, make sure you do what you can now to secure your position in Portugal. A locally-based adviser can help you understand the cross-border implications and prepare appropriately for the post-Brexit world.

Blevins Franks accepts no liability for any loss resulting from any action or inaction or omission as a result of reading this article, which is general in nature and not specific to your circumstances. Tax information has been summarised; individuals are advised to seek personalised advice.