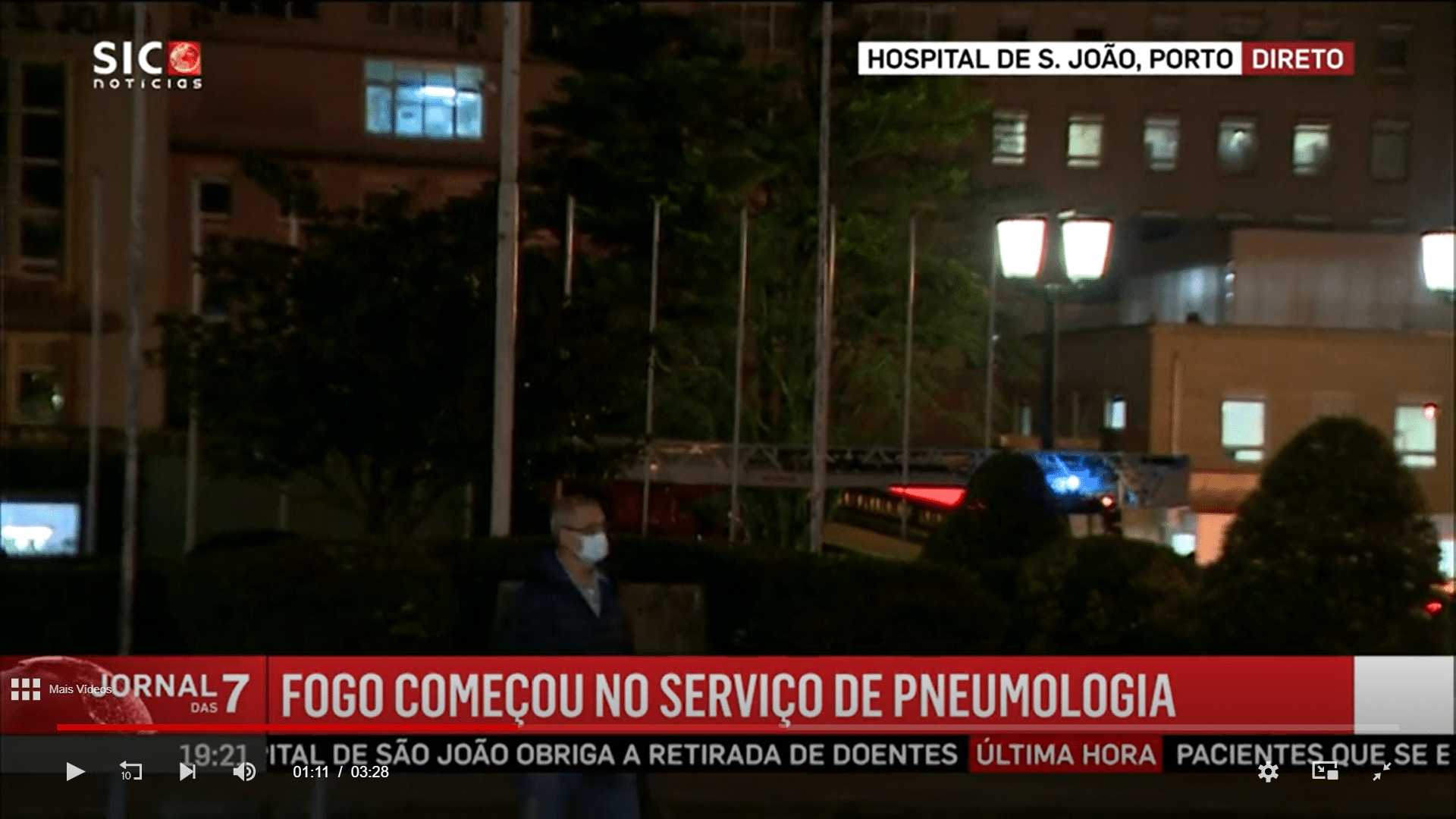 One patient died and four others were seriously injured last night after an explosive fire broke out on the 9th floor of Porto’s main Hospital de São João.

This morning, PJ police are investigating whether the incident was intentional or negligent.

They know, for example, that it began with a patient using a cigarette lighter.

What they don’t know is whether this patient – who survived the conflagration, suffering serious burns – was trying to light a cigarette, or setting light on purpose to his bedclothes.

The man is described as in an advanced stage of (lung) cancer, that  cannot not be treated surgically, and suffering from psychological problems.

The question so far unanswered is how could a patient with psychological problems have been allowed on the ward with a cigarette lighter?

The upshot of the fire, however, is that it claimed the life of the bedridden patient sharing the same room as the man understood to have started the fire.

The explosive element came into play because of a source of oxygen – most likely an oxygen bottle being used in the room (the floor was the hospital’s pneumology ward, caring for people with serious respiratory problems).

Says Expresso, the patient who died “died as a consequence of the explosion” and “was in the room where everything happened”.

Further bulletins on the condition of the four survivors – two of which had to be resuscitated – and the five members of healthcare staff who also needed emergency treatment, are expected later today.