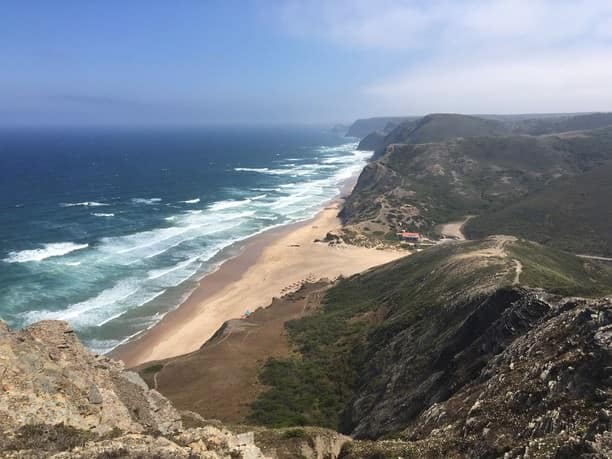 A 27-year-old man died this afternoon and another was resuscitated after the group they were in was swept up by a current on the wild west coast beach of Castelejo (Vila do Bispo).

Say reports, the beach which normally has lifeguard cover has no lifeguards this year.

Nonetheless, agents integrated within the SeaWatch project were scrambled after a group of six German nationals ran into difficulties in what is known here as an ‘agueiro’, or riptide.

Four of the swimmers were rescued with the help of others in the water and surfers. But two were only recovered from the water by the time both were unconscious.

Reanimation efforts went ahead on the sands where one of the victims responded and was stabilised before being transported to hospital.

No reports so far have explained why the beach is without lifeguard cover for 2020.

The west coast is notoriously ‘wild’, with a history of tragic accidents almost always due to people being swept out of their depth by riptides and strong currents.

Lusa’s report this afternoon says the incident involved “various elements of the national maritime authority, firefighters, maritime police, the Seawatch Project and INEM (the national emergency medicine institute), with various vehicles, a lifeboat from Sagres and a helicopter”.

Authorities received the call for help at 1.45pm.