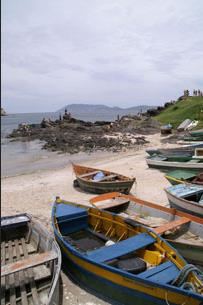 THIS SUMMER more Britons have been taking their holidays abroad, fleeing the floods in the UK. But summertime also brings a flood of people fleeing the other way.

Up to 800,000 illegal immigrants are reckoned to be already in the country, though nobody knows for sure. The rising number is increasingly an issue in the UK, but the problem is also one for Europe and Africa.

During the past few summers, there has been a veritable invasion of the Canary Islands by illegal immigrants from Africa, particularly Mauretania and Senegal. Those that succeed are usually transferred to mainland Spain, where they join others from Morocco. And since the Spanish government recently offered half a million of them an amnesty and an EU passport, more have understandably been tempted to try the boat trip – often at the risk of their own lives.

There are many ways of addressing this problem. One is by beefing up Frontex, the new EU patrol service that intercepts immigrant boats when still out to sea, and which is showing some signs

But the best way surely is by promoting greater investment in job creation back in Africa, which in turn means revisiting the EU fisheries policy.

A policy that allows large trawlers to hoover up much of the available fish stocks out of the range of local fishermen, and then throw back the bulk of the catch (many are dead because the fish are too small), gives many of the locals no choice but to seek their livelihood elsewhere. A new EU fisheries policy is finally on the way, and about time too.

But Africa itself needs new policies as well. The 340 foreign boats that fish off the African coast pay hefty fees to more than a dozen African countries. For Mauretania, the income accounts for as much as a third of the total government budget, so it cannot easily be surrendered. Such boats are also not just from the EU. Russia has a significant fleet in the area, and with around 100 trawlers, China has the largest presence of any nation and catches the most fish. Two years ago, they paid for their license with fighter jets.

The reality is that Europe, Russia and China need the fish, and Africa needs the money. But Africa needs other sources of income that will secure the livelihood of its people. It is in all our interests that investment is made into different and sustainable local industries that can provide ongoing employment, and here the EU can give a lead.

It is a tragedy for Africa that the fish are meanwhile moving further away from its shores. It is a further tragedy that so many Africans currently feel forced to follow.