Portugal Resident
Home Portugal News OMNI ‘surprised’ on discovering half a ton of cocaine in aeroplane in... 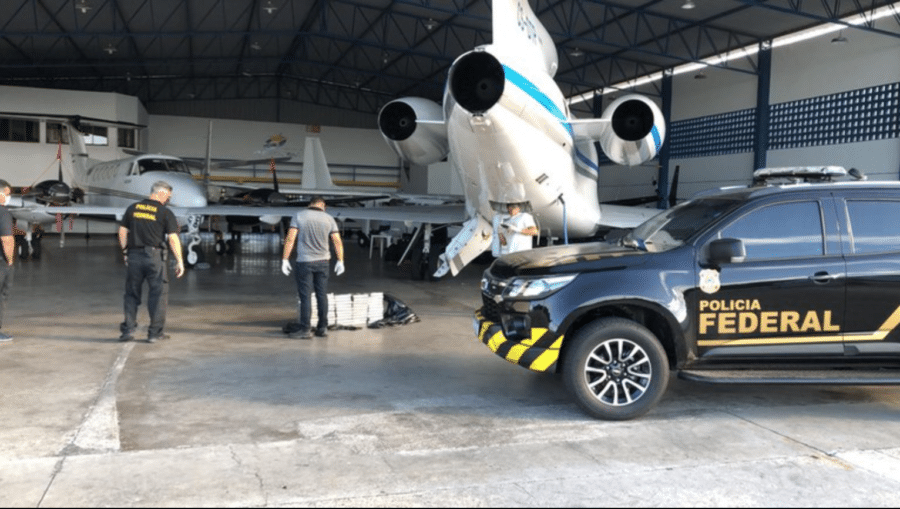 The Portuguese company OMNI Aviação e Tecnologia said on Friday that it was “surprised” that half a ton of cocaine had been seized in one of its planes, in Brazil, Lusa news agency reported (For update click here)

“On February 9th, we were surprised by a situation in Salvador da Bahia that involved the discovery of substances that may be considered narcotic, in compartments in the fuselage of our Falcon 900 plane,” the company said, in a statement sent to Lusa news agency.

The company said that on the way to Salvador airport, a technical problem was detected during the plane’s approach to the airstrip.

This led the plane to undergo maintenance intervention, according to the company. A panel on the plane’s fuselage was opened, where they found a volume affixed to the plane’s internal structure, the statement from the OMNI administration, received by Lusa, states.

The flight’s commander immediately requested the intervention of the police, the statement adds, according to Lusa.

The Brazilian Federal Police seized half a ton of cocaine destined for Portugal hidden in the private plane.

Passengers are allowed to leave the country, the Brazilian Federal Police told Lusa on Friday, with no passenger or crew member of the aircraft being detained or being prevented from leaving the country.

“So far, only the crew, pilots and flight attendant, and the staff at the airport hangar have been heard,” the press officer told Lusa.

Among the passengers of the flight was the Portuguese lawyer João Loureiro, former president of Portuguese football club Boavista.

In a written message sent on Friday to Lusa, the former president of Boavista João Loureiro explained that he was going to return from Brazil to Portugal on the plane where 500 kilos of cocaine were seized but gave up doing so before this seizure. He said he was “oblivious” to the situation.

“I was going to return to Portugal on that flight along with several other passengers, but I had already given up on doing so before the matter was discussed,” Loureiro told Lusa.

Loureiro said that at the time of the police operation that culminated in the seizure of the drug and that took place in Salvador, he was in São Paulo. “And I believe that perhaps it was due to my request for there to be a rigorous inspection of the plane,” he added.

Rui Pinto, a Portuguese hacker and whistleblower behind the “Football Leaks” website, took to social media following the incident. He wrote on Twitter: “A Falcon 900B with 500 kg of cocaine on board, and scheduled to stop in Cape Verde, the traditional route of international trafficking. In 2015, the fault fell on the driver. We will see if in 2021 the fault will also fall on the pilot. Football and drug trafficking side by side again,” he wrote on Twitter.