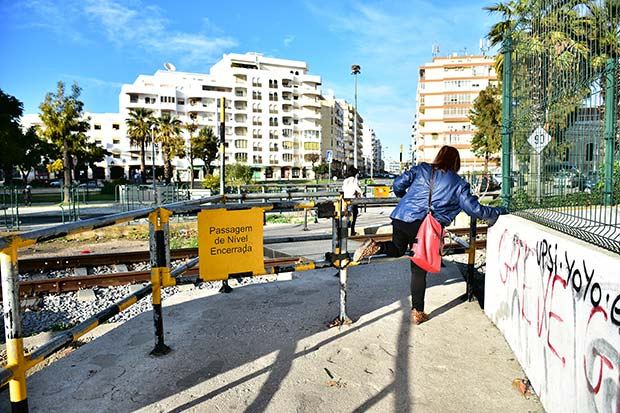 Pedestrians can once again use Olhão’s pedestrian railway crossing. The town’s so-called ‘Berlin Wall’ has come down for a second time following an agreement struck between the local council and national infrastructure authority Infraestruturas de Portugal (IP).

The crossing reopened on February 2, a day after the announced day, and will stay open until renovations to the alternative underpass are finally completed.

It is open between 6.30am and 10pm and is manned by a security guard.

Readers may recall that the crossing, a key link between one side of town and the other, was unexpectedly closed in January which led to a renewed wave of outrage and confusion among citizens, many of whom outright ignored the sign and barriers blocking their passage.

IP justified the decision with the fact that the licence for the crossing to stay open expired on the last day of 2017 and was not renewed.

While it had been closed many times before, it opened in October 2015 under the understanding that Olhão council would work on a project to carry out renovations to the alternative underpass.

But the project never moved forward, allegedly due to “small details and technical adjustments”.

The underpass, as it is now, is criticised by locals for being too steep and inaccessible, and especially dangerous when it rains. For people in wheelchairs or pushing prams, it is virtually unusable.