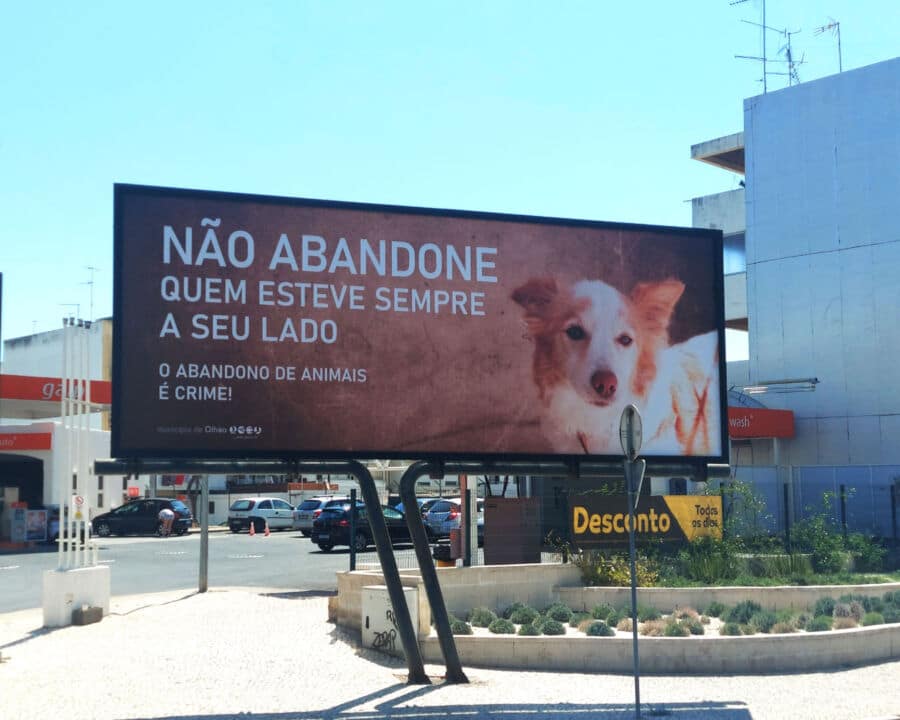 Animal abandonment has increased 35% so far in 2022

Pet animals are abandoned all year long in the Algarve, but even more so in the summer and in August.

Olhão Council is hoping to tackle this issue with an awareness campaign using billboards and advertising signs which highlight that “abandoning pet animals is a crime”.

Said local councillor Ricardo Calé, “it seemed to us like the perfect time to pass on the message even more strongly that abandoning our animals is never the solution and is also punishable by law.” 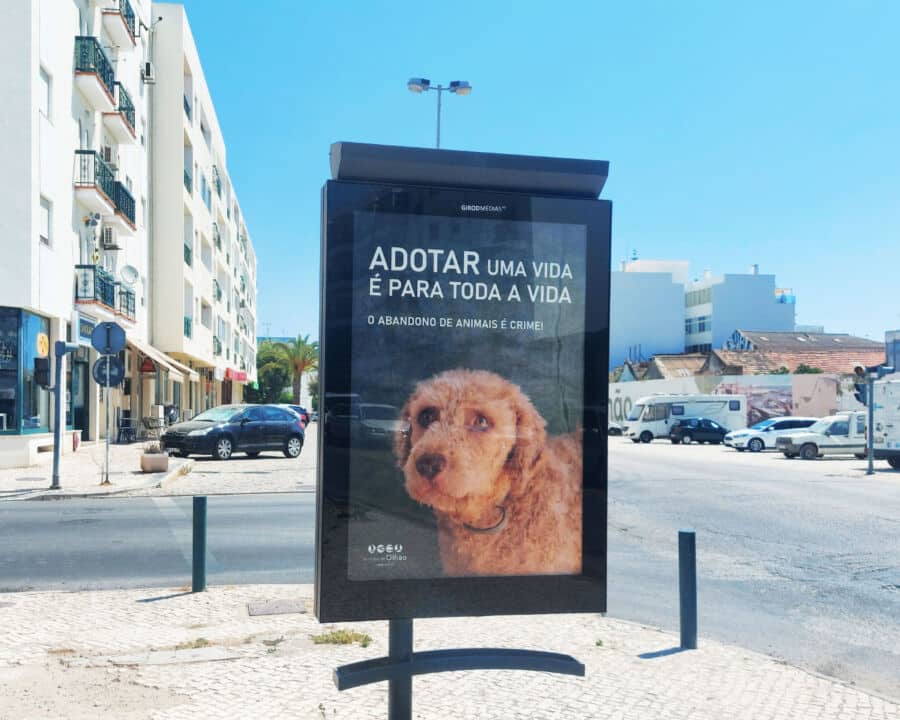 The council hopes the contrast of lovely photos of dogs alongside heart wrenching phrases such as “do not abandon who has always been by your side” and “you promised me a family… in the end, you left me” will help people realise that pets cannot be simply discarded during a holiday.

The campaign also aims to respond to the growing number of animals at the municipal kennel and in the care of local animal charities.

Ricardo Calé says the local council has been working “on several fronts” to “counteract the main factors that contribute to the increase of animals at shelters.”

Apart from the ongoing campaign, construction has already begun of the town’s new kennel (Centro de Recolha Oficial de Animais), which has been in the pipeline for over 20 years.

The council has also upped its financial support to local animal associations by 50% and created a Support Office for Animal Well-being, which includes representatives from local animal shelters and aims to find the “best solutions to help stray animals.”

Olhão has also signed a protocol with Tavira Council which will allow them to “share logistical and human resources in order to carry out mass animal sterilisations.”

“There is not a public or private entity that can respond to this scourge without having everyone, as a society, doing their part,” the councillor said.

“Our part is to look at the adoption of a living being as a commitment for your whole life, which makes us responsible for them,” added Calé.

Around 30,000 animals are abandoned every year in Portugal, mostly dogs, reports Olhão Council, adding that only a small percentage end up finding new homes. In 2022, animal abandonment has already increased around 35%.