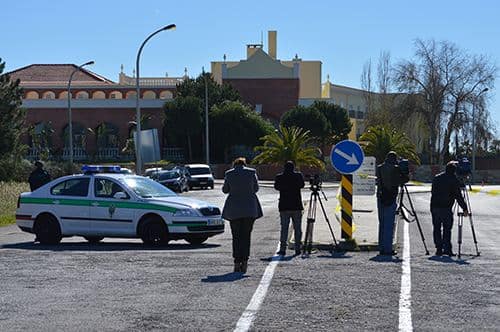 Olhão Câmara may be placing its bets on the congress tourism segment but it will not turn its back on the council’s main economic sector – fishing.

After a recent international medical congress that attracted more than 200 Portuguese and foreign doctors to the city, Mayor Francisco Leal announced that the event was testament to the city’s potential as the ideal destination for world-class congress tourism.

The event was held at the Real Marina Hotel & Spa, by the riverside area, and provided a much-needed boost to the local economy, with restaurants and shops benefitting from a “low season tourism boom”.

Francisco Leal said it was “an honour for the city to host such a prestigious event” and invited the participants to return to get to know the area and its fishing culture better.

“We follow a strategy that is progressively more focused on tourism but never failing to invest in the fishing and aquaculture industries,” he said.

Accusing other municipalities of having ignored the fishing sector for years, Francisco Leal said: “For 20 years we have focused on the sea, contrary to others who only recently recognised its true potential.”

He said Olhão was one of the few Algarve councils that rely the least on tourism “exclusively” but was progressively succeeding in this economic sector by investing in quality.