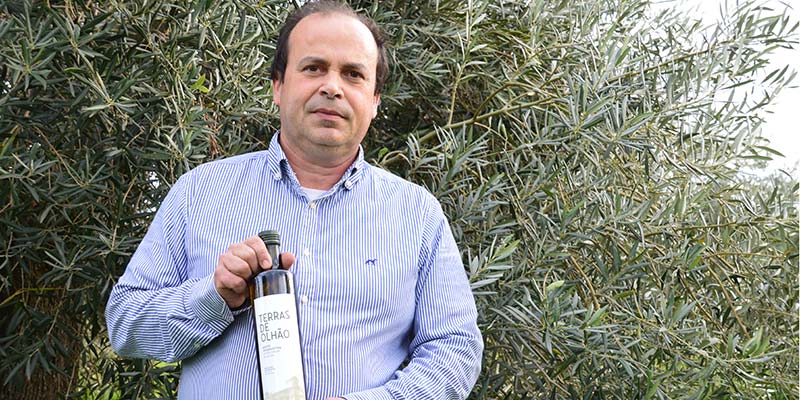 A new brand of olive oil entitled ‘Terras de Olhão’, described as “mild and of high quality,” has been launched by Olhão entrepreneur Luís Custódio.

It was his love for olive trees and the “lack of quality olive oils” at restaurants which led him to create his own brand.

“Often, when you go to a restaurant, you order a nice fish, but you are not given a good olive oil to season it with,” he told Barlavento newspaper.

Custódio, who owns his own restaurant Primo dos Caracóis, decided to purchase several plots of land, grow his own olive trees and make a “quality” olive oil that his clients could enjoy.

“The idea was that my clients would try the olive oil during their meal and, if they liked it, they could buy some to take home,” he said.

But what makes his olive oil so special? “It is made from an olive that is practically only found in the Algarve, the ‘Maçanilha Algarvia’, which grows in Foupana near Moncarapacho.”

The olives are all hand-picked and, while they are not the most productive variety in terms of the quantity of oil they produce, Luís Custódio believes that the superior taste makes up for it.

Around 1,200 bottles of ‘Terras de Olhão’ were produced in 2018 and the goal is to increase production to 3,000 in 2019.
“As the trees continue to grow, I will increase the production. The strategy will then be to promote it among chefs who are willing to experiment with its potential in haute cuisine. And, of course, I intend to sell it in more locations, especially in gourmet stores around the country,” he said.

Custódio’s plantations include 5,000 ‘maçanilha’ trees, 3,000 ‘cobrançosa’ trees, 1,000 ‘galegas’ and 500 ‘cornicabra’. In the future, depending on the production, he aims to launch an olive oil of each variety and a blend.

For now, ‘Terras do Olhão’ can be purchased from the Primo dos Caracóis restaurant, the Alquimia da Terra store and Olhão’s municipal market.