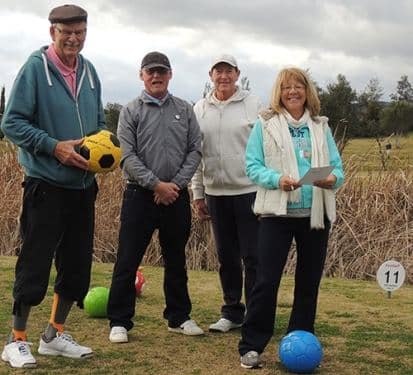 Olhanense travelled to their nearest league opponents V.Setúbal, some 200kms north, full of confidence after their narrow defeat to champions FC Porto in their last game. Manager Sérgio Conceição had a full squad to choose from, including new signings Djaniny and José Luis Fernandez (on loan from Benfica), keeper Rafael Bacilli (on loan from Porto) and former Manchester United striker Evandro Brandão. Olhanense had far the better of the first half hour with Rui Duarte, Jander, Fernando Alexandre and Babanco wasting chances. Sérgio Conceição will have been enraged by the second yellow card picked up by left back Babanco just nine minutes before half-time. Down to ten men and the visitors were always going to struggle. Worse was to follow when centre-back Mauricio was harshly adjudged to have handled in the area just two minutes into the second period. Veteran striker Meyong converted the penalty to record his third goal in as many matches. Djaniny replaced Navid Silva on fifty-two minutes. The lively Djaniny then squandered Olhanense’s best chance and one had the feeling that there was to be no repeat of last season’s famous victory at the Bonfim Stadium that is celebrating its 50th anniversary this year. José Mota’s  V.Setúbal saw out the remainder of the game without much trouble, inflicting a second straight defeat on Olhanense. Sérgio Conceição was very unhappy with the officials and at the final whistle he was given his marching orders by referee Duarte Gomes. A lengthy ban could be forthcoming following two touchline bans last season. Olhanense’s day of woe was not yet over as their coach broke down shortly after leaving Setúbal and it took several hours to provide a replacement.