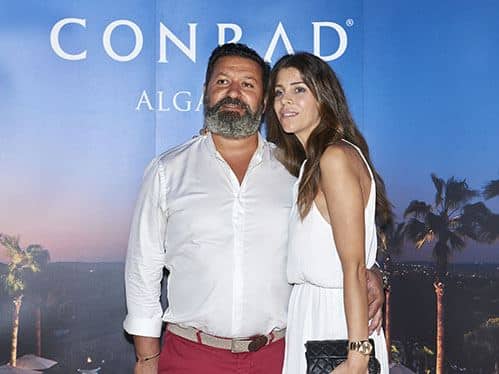 Despite a damp evening, there was a buzz of expectation as Olhanense entertained the mighty Benfica at the José Arcanjo Stadium on Sunday.

Knowing that Naval had lost 2-1 to Nacional, the home side would secure their Premier League status with just a point, but that would be a tall order against the Europa League semi-finalists.

The home side were missing Mauricio (suspended) and the injured Paulo Sergio, Carlos Fernandez and Tiero.

Benfica’s Jorge Jesus understandably rested a number of his first team regulars with the finely balanced second leg of the Europa League semi-final against Braga in mind.

Jara was always the biggest attacking threat for the Eagles. He broke the deadlock in the fourth minute with his fourth goal in six games, shooting home, with the aid of a deflection, after latching on to Gaitan’s through ball. Benfica continued to look the more likely to score.

At the start of the second period Gaitan hit the post while Kardec missed a point-blank header when it seemed easier to score. Toy, voted Player of the Year for Olhanense, worked tirelessly but chances were few and far between for the home side.

Rui Duarte entered the fray when he replaced Delson and he had an immediate impact with his industrious work rate. Former Olhanense centre-back Jardel, signed by Benfica in the January transfer window, picked up his second yellow card for a foul on Yontcha and was sent off in the 68th minute.

Boosted by the one-man advantage, the hosts came back strongly and with 15 minutes to go, Djalmir replaced centre-back Anselmo as the home side pressed forward.

With the three minutes of added time ticking down, Yontcha saw his shot flash the wrong side of the post before Sidnei nearly put through his own net as the ball cannoned off the defender and over the bar.

With the last action of the game, Rui Duarte’s corner found the head of Djalmir and the back of the net. Djalmir peeled off his shirt to reveal a T-shirt showing a picture of former manager Jorge Costa to whom he dedicated the goal.

A yellow card ensued but no one worried as the crowd went wild and it was a couple of minutes before the game re-started only for the referee to blow for full-time.

The 1-1 scoreline moved the Algarvians up to twelfth place and guarantees their place in the top flight for next season.

The champagne corks popped and celebrations carried on well into the night.

The final game of the season is on the weekend of May 14 and 15 at home to Rio Ave. Chris Wright