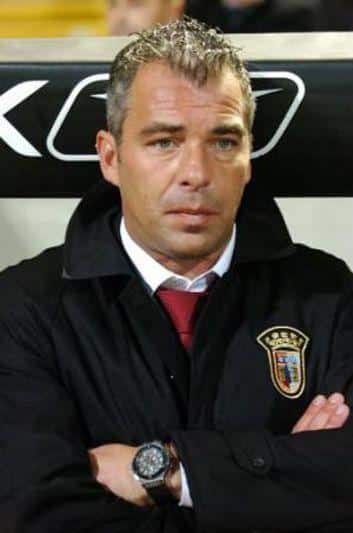 Oliveirense will no doubt give their Algarvean opponents a hard game as the home side battle to retain their league status.

In their first season in the 2nd Division, Oliveirense have struggled and are currently second to bottom on 20 points.

More than 100 fans will be leaving Olhão at 4am on Sunday to cheer on their promotion hopefuls.

On Saturday Olhanense played Farense in a friendly, which ended 1-1. Six first team members were absent through international duty so a number of fringe players had a chance to impress manager Jorge Costa.

It was also a good opportunity to give skipper Rui Duarte much needed match practice following injury.

Olhanense’s next home game is on Easter Saturday, April 11, against fourth placed Fierense.

Last week Olhanense had the distinction of staging their first international match when Cape Verde played Angola, who will host the next Africa Nations Cup in January 2010.

There are 10 stars on the Cape Verde flag but it was the 11 stars on the pitch who took the honours with a 1-0 victory when Dady (CA Osasuna, Spain) slotted home a penalty after Lito (Academica, Portugal) was tripped in the box.

Pelé (WBA) was the pick of the Cape Verde team whilst Liga Sagres players Mantorras (Benfica) and Mateus (Nacional) performed well for Angola.