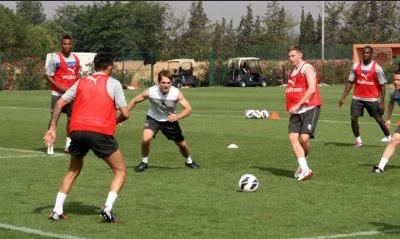 There are just two weeks to go before Olhanense start their Premier Liga campaign at home to newly promoted Estoril.

Reading included the highly rated Hal Robson-Kanu and new Russian centre-forward Pavel Pogrebnyak and it was Robson-Kanu’s neat touch that gave Danny Guthrie possession on the edge of the box.

The former Newcastle man beat two defenders before slotting home past the despairing dive of Leandro. The game continued to be played at a good pace but it was not until right on half-time for the next effort on goal with Reading’s McCarthy making a fine save from Ivanildo.  The Guinea Bissau international has been a revelation in pre-season games and may well fill the void left by the departure of Salvador Agra to Real Betis.

The home side drew level in the second-half when skipper Rui Duarte scored from the spot after Nicky Shorey was adjudged to have handled on the line.