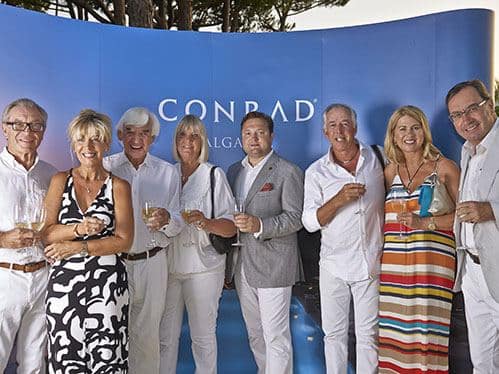 With only 16 fit players, Olhanense made the long trip to Madeira more in hope than expectation while a win for Nacional would virtually guarantee qualification for next season’s UEFA Europa League.

Nacional officials had been very upbeat in the press giving the impression that the result was a foregone conclusion against an Algarve side that had secured its Premier League survival with a 1-1 draw against Benfica the week before.

To add to their woes, Olhanense lost centre-back Mexer to injury after just 12 minutes and while the defence was still re-adjusting, it was keeper Bruno Verissimo who was on hand to make three first class saves from Mateus within the space of a few minutes.

The home side then hit the post through a 40 metre thunderbolt from Claudemir. Yet again Bruno Verissimo denied the home side with a stunning save shortly before half-time. At the break, Cadu was replaced by Paulo Sergio who was to last only 20 minutes, another casualty for the injury hit rubro-negros.

The Algarveans were under the cosh and how Nacional failed to score will forever remain a mystery. Then on 52 minutes, Olhanense counter-attacked with Delson  laying the ball out wide to Rui Duarte. His cross field pass found Toy in acres of space on the right. Toy calmly strode into the penalty area and stroked the ball home past the

Nacional surged forward but when Orlando Sá saw his overhead kick cannon off the crossbar, one had the feeling this was going to be a memorable day for the visitors. In stoppage time, Edgar Costa had the ball in the net for Nacional but was ruled offside. This was Olhanense’s first win since February 6 and lifts them up to 12th place.