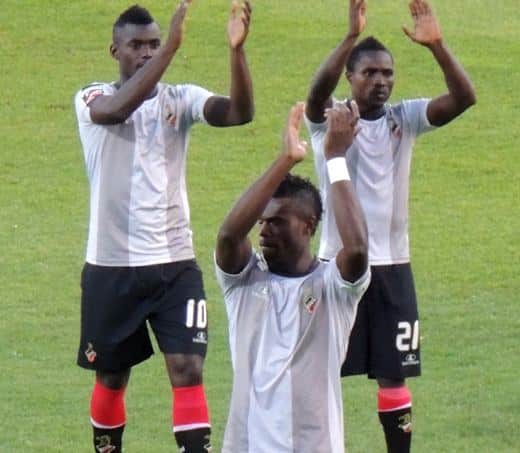 Returning to their home ground at the José Arcanjo Stadium, Olhão, for the first and probably the last time this season, Olhanense found themselves a goal down after just a minute against SC Braga in the fourth round of the Portugal Cup.

Éder, in the Portugal squad to face Sweden in the all important World Cup qualifier in Lisbon tonight (Friday), headed powerfully past Belec to silence the vociferous home fans. Olhanense then lost skipper Jander after just 15 minutes to a bad shoulder injury that will keep him out of action for at least a month.

Olhanense could have gone further behind but brave goalkeeping and some erratic finishing bedevilled Braga, who had lost their previous four games. The home side came out fighting after the break and within five minutes had drawn level.

A delightful move down the right involving the impressive Dionisi and Femi resulted in Regula slotting home from 15 metres.

The Olhanense revival was short lived as Braga surged forward, but once again they failed to convert a number of clear-cut chances. With extra-time fast approaching, Braga’s young Portuguese U21 international Rafa scored a terrific goal with an unstoppable shot into the top corner of the net.

As Olhanense poured everyone forward, including goalkeeper Belec, Rafa took advantage of a long clearance to notch his second of the match and seal a 3-1 victory to secure his team a place in the last sixteen.

Olhanense have secured the services of Croatian international left-back Anthony Seric, 34, who last season played for Karabukspor (Turkey). With Luis Felipe still recovering from injury and now Jander sidelined, the Australia born defender will provide much needed experience to the young backline.

The next home game is against Académica, managed by former Olhanense boss Sérgio Conceição, on Monday November 25 at the Algarve Stadium, Faro, kick-off 8.15pm.