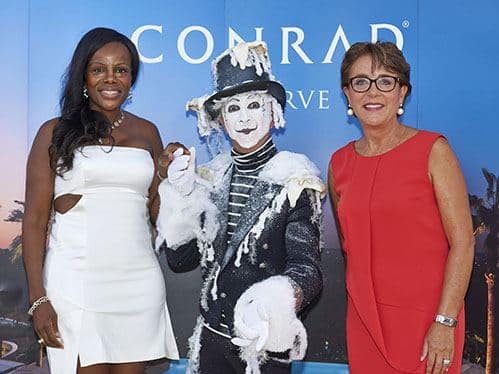 Defeat at home to bottom side Naval extends Olhanense’s woeful second half of the season. Now having gone seven games without a victory, the side that not so long ago had high hopes of a top seven finish, is struggling to keep above the relegation zone. Manager Daúto Faquirá can point to seven of his regulars out injured and some atrocious refereeing decisions but there is no excuse for the lack of commitment. The only exception was Ismaily who worked tirelessly.

Olhanense should most definitely have been awarded a penalty, with the score at 0-0, when Djalmir was bundled over in the box and the first Naval goal was clearly offside but it was the visitors who were the more positive side. Two goals in three minutes midway through the second-half from Bruno Moraes put Naval firmly in control.

Djalmir scored for the home side in stoppage time when he nodded home Rui Duarte centre. This was Olhanense’s first goal for 458 minutes!  Naval immediately went down the other end where Bolivia added a third to complete a miserable day for the Algarve faithful.  Naval move above Portimonense at the foot of the table whilst Olhanense languish in 13th place, eight points above the drop zone with five games to play.

On Sunday Olhanense travel to the beautiful region of Aveiro to take on Beira-Mar. The next crucial home game is on Saturday April 16 in Olhão against P.Ferreira who are currently on the verge of a top five finish and a place in Europe.  Kick-off is 7.15pm

Election for president and assembly

All socio members are entitled to vote in the elections that take place at the José Arcanjo Stadium next Friday April 15. Votes can be cast from 3pm to 11pm.