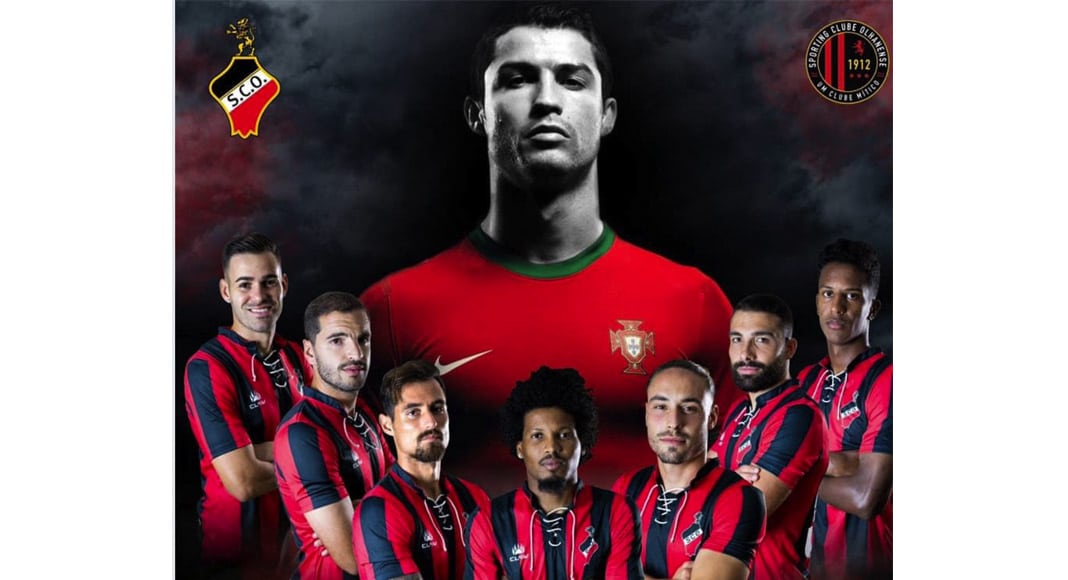 SC Olhanense’s playing squad has written to Portugal’s most respected sportsman, Cristiano Ronaldo, in their fight for justice in respect of the team being denied promotion to the Segunda Liga despite being top of their division in the Campeonato de Portugal.

The letter reads: “We are players of Sporting Clube Olhanense, an Algarve club with 108 years of history, where your good friend Valdir Cardoso started his career. We decided to send you this letter because you are the greatest global icon and an inspiration for anyone who plays football in our country.

“The mystique of Cristiano Ronaldo inspires and moves the passions of all boys who practice street football in our neighbourhood, and feeds their appetites to strive to reach the pinnacle of the sport through their daily training sessions. And we too, as players in the minor championships, are continually inspired by your efforts and your heroism. Your extraordinary career, your goals achieved and your historic victories are the result of your enormous talent, combined with total dedication and sacrifices, so you are the best! And, therefore, we are sure that you will be able to imagine the emotional state in which we find ourselves at this moment.

“Defying all the difficulties in semi-professional football, we have been working since the first day of this season with a single objective, to reach the Segunda Liga to finally become professional players. It was a great season, game after game, our team gained confidence, the dressing room got together, the number of fans increased and the results took us to the top of the league and we were in first place at the time of the suspension of games due to Covid-19. Our left-back, Leonardo Lelo, 19 years-old, was called up for the Portuguese under-20 national team – the only player in the team from the entire Portuguese Championship. How beautiful! What satisfaction!”

The letter went on to explain how the Portugal Football Federation (FPF) had taken the decision to promote Vizela and Arouca from two other divisions when a much fairer way would have been to promote all four top teams or to average the points on a home-and-away basis which would have seen SC Olhanense promoted.

The letter received wide publicity in Portugal, France and Italy where Ronaldo plays for Juventus.