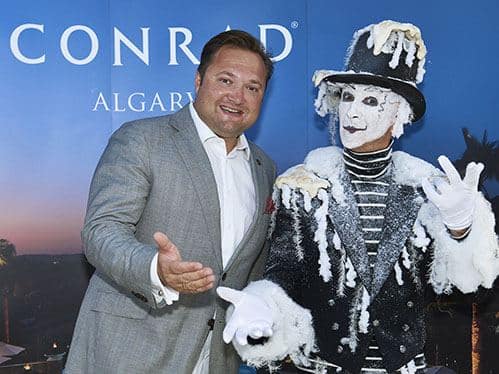 There is a saying that “you may take a farmer out of his farm, but not his farm out of a farmer” and despite having been born in Leeds and raised in a Birmingham suburb, my roots remain firmly planted in the soil.

Adam, having sinned in the Garden of Eden, was condemned along with the rest of the human race to till the ground that he might eat and live.

And then there was the Industrial Revolution which began in the 18th century. Jethro Tull invented a mechanical sower that allowed large scale planting in rows, James Watts invented an efficient steam engine able to power a threshing machine, and thus the heavy labour of seed time and harvest was greatly reduced.

Other labour saving devices came along, fewer labourers were needed and families migrated to the cities to find work.

So the drift away from the land began and now, in the 21st century, among the wealthy western countries, a majority of the rising generation know little, if anything, about how to grow their own food or from whence it comes.

Because the planet is going through a period of convulsion and weather cycles are not following age old rhythms, crops are failing in Third World countries where 60% of the absolute poor are farmers.

In southern Portugal, farming and fishing were the main sources of income until tourism took over in the Algarve, and now what land remains looks more and more like ‘set aside’. The countryside round our home has pockets of cultivation, one or two small herds of beef cattle and a few sheep or goats, but much is returning to scrub.

The mushroom growth of apartments and supermarkets near the coast is an invitation to immigrants as well as holidaymakers, their feeding being largely dependent on imported food which is fine if nothing goes wrong.

Because our piece of land is a mixture of rock, thin sandy soil and marsh, as the temperature rises, the rocks become storage heaters, everything dies away on poor ground and the squelchy area keeps its green covering until high summer.

It is a microcosm of the surrounding district, where crop cultivation is a constant battle against drought and irrigation is essential. Seeing random sowings of favas (broad beans) dotted about and growing taller by the day, each February I resolve to put in a few beans.

By April, everyone else’s plants are about 18 inches high and the blossom has set, filling the air with a wonderful perfume – and I have missed the boat again. In the local village market, this is the first year that the asking price of a kilo of favas has cost over €2.50.

Everything has its price and, at the moment, we are facing up to the value of Millie the Shag Pile bitch’s life. Currently undergoing surgery to correct a painful problem, as she is an old dog there must come a time when enough is enough.

The care and expertise she has received from the veterinary practice has been of the best but only time will tell if it has been successful. During 24 years in Portugal, we have rescued 11 dogs, some injured and others suffering the last stages of starvation.

One new born had been left to die in scrubland but was found a foster mother, grew to be a beautiful companion and died of strychnine poisoning at two years old.

Although many of her citizens are dog lovers, Portugal seems to be a dangerous place for animals. They are looked upon as disposable possessions, at times neglected, chained or thrown away like an old shoe and with little or no legal protection.

It can only grow worse during times of economic hardship and a programme of neutering and spaying at low cost would at least reduce the number of unwanted puppies.

Low on the list of whatever party takes over from the present failed government, there is likely to be scant attention paid to what is a running sore on the Corpus Juris of Portugal.

Following the traditional excesses of Carnival, we are now half way through Lent. Beginning on Ash Wednesday March 9, it comes to an end on Holy Saturday April 23, followed by Easter Day.

St. Vincent’s Anglican Church and its three congregations have followed a full programme of prayer, study and personal review during this 40 day period.

Its traditional purpose is to prepare Christian believers through prayer, repentance and self-denial for the annual commemoration of the Death and Resurrection of Jesus Christ.
3″>features