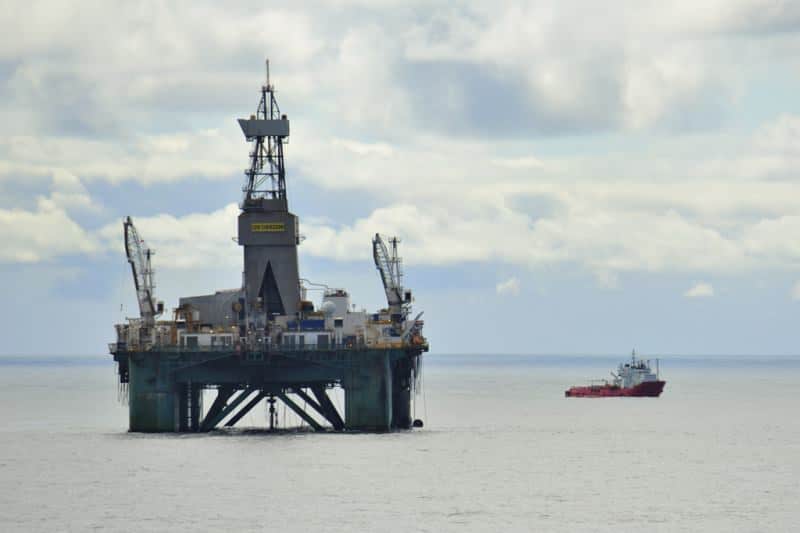 With populations in the centre of the country preparing to advance on parliament against plans for oil and natural gas exploration, the threat that we all thought had left the Algarve appears to be back.

PALP – the platform of NGOs set up to ‘keep the Algarve free from oil’ – has just issued a press release suggesting very dark forces are at work.

It’s the message other campaigners in the field have been trying to sound for weeks.

National media coverage back in October, declared GALP, and then ENI, were throwing in the towel (click here).

“That has not effectively been confirmed”, says PALP, explaining that both oil companies, and the government, have maintained their court challenges of PALP’s embargo that has been holding-up the project planned for deep offshore, 46kms from Aljezur,.

This appeal is “at the decision phase”. There has been no indication that GALP/ ENI or the Ministry of the Sea have been in touch with the court to say: “We have pulled out”.

At the same time, the concession areas in question – Lavagante, Gamba and Santola – are still ‘active’ on the DGEG (energy and geology directorate) website. Thus, even if GALP/ ENI had pulled out, another consortium could waltz right in.

Everything indicates that that the consortium “wanted to transmit the idea of abandonment of the project” but in fact continue with the original plan.

Says PALP: “The reasons that impelled us to take the judicial route to prevent drilling off Aljezur remain more alive than ever. Now, in a game of mirrors where what is said isn’t what one thinks, vigilance is fundamental; help for this cause is fundamental and mobilisation has to continue as before”.

If this was a chess game, GALP/ ENI and the government have the Algarve in checkmate. Populations’ guard is down, Christmas is coming and the likelihood of a renewed fund-raising campaign being successful is not exactly high.

Nonetheless PALP reminds supporters of its crowdfunding site that has been paying for legal advice to date (click here).