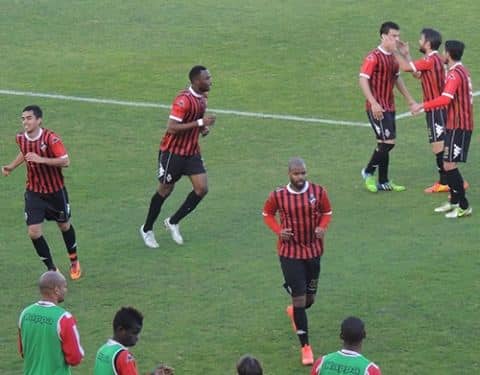 In the first development of its kind in Portugal, the Portuguese government signed a concession contract on Monday, approving plans for the development and production of hydrocarbons in the country, which is set to begin within the next few months.

The plans, submitted by Mohave Oil & Gas following the successful test drilling in the Aljubarrota-3 field near the central town of Alcobaça, estimate an average production of 8,000 barrels of oil per day when fully operational.

According to Mohave’s Portugal Director, Arlindo Alves, over the next five years, the investment of an expected €230 million is predicted to create 200 direct jobs and hundreds of indirect jobs.

Signing the contract, Minister of Economy, Álvaro Santos Pereira, said: “The government has decided to adopt a general plan for the production of hydrocarbons. This is the first time that this type of plan has been approved in Portugal.”

Mohave, a Texas-listed wholly owned subsidiary of the Canada-based Porto Energy Corp, is an international oil and gas company engaged in the exploration of crude oil and natural gas in Portugal.

The company holds working interest in seven concessions in Portugal’s Lusitanian Basin, totaling an approximate 1.9 million net acres. They have already invested €127 million in prospecting for oil in Portugal over the last two decades, and believe that Alcobaça has great potential and will provide the resources necessary for the success of the project.

“The completion of this plan represents not only an important investment for the country, but also great employment for its citizens. A boost in this sector could be a potential source of attracting investment, creating jobs and mass revenue for the state,” said the Minister of Economy at the meeting.

The Minister of Economy proceeded then went on to visit a gas exploration platform where Mohave will proceed with further test drilling in the same area throughout the next two months to check for the availability of natural gas deposits.

Currently, Portugal imports around 294,000 barrels of oil per day, which means that even if Mohave’s estimates of oil output prove accurate, they will account for less than 2% of the country’s needs – scarcely scratching the surface on the country’s outgoing oil payments.
1″>news