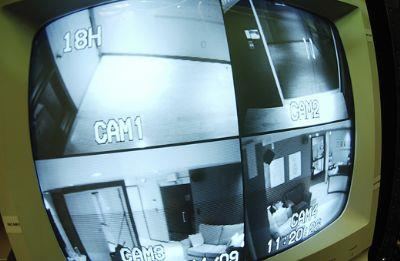 In last week’s article I covered the latest Organisation of Economic Co-operation and Development’s (OECD) commitment to heap further pressure on tax havens and help revenue bodies unlock substantial sums of money, as well as how the UK’s HM Revenue & Customs (HMRC) is stepping up a gear in its tax evasion crackdown.

This week I look at the future for offshore centres and advise on how all of this could affect you.

In a sign of the new world we live in, Swiss bank UBS announced that it was closing all offshore accounts of its US clients in January. The decision came after the US authorities accused the bank of helping clients hide around 18 billion US dollars of untaxed American money in undeclared accounts.

Then in April it was reported that Credit Suisse had also begun closing the offshore accounts of its US clients who have not declared their funds to the US tax authorities.

We have also heard reports – unconfirmed at the time of writing – that some banks in offshore centres like Monaco have begun moving accounts belonging to non-residents to a branch within the account holder’s country of residence.

What does the future hold for offshore centres?

“It is not inconceivable to think that the number of offshore financial centres could fall by half in the next few years” – warned Geoff Cook, chief executive of Jersey Finance which represents the Island’s financial services industry.

The next stage is likely to be a concerted push for automatic exchange of information.  Information on all bank accounts and interest earnings would be reported to the owner’s home tax authority – not only those with suspicions of tax evasion.

The withholding tax rate applied under the Savings Tax Directive rate will increase from 20 per cent to 35 per cent in July 2011.  Bell observed, “That’s quite a big jump and there is a debate of whether we need to continue with a withholding tax of 35 per cent, which is quite punitive, or move towards the automatic exchange of tax information”.

If the Isle of Man, and any other jurisdiction, moves away from the withholding tax to automatic exchange of information, this would cause problems for those currently paying the withholding tax and not reporting the interest to their home tax authorities (as they are obliged to do, even though tax is deducted at source).  The authorities would want to know where the funds suddenly came from and could investigate previous years.

Many people will face a dilemma regardless.  The 35 per cent tax may be much higher than they are required to pay under their own country’s tax rates – but if they suddenly start to declare the account to pay their local tax rate, it may trigger an investigation.

With OFCs succumbing to international pressure, banks in Switzerland, Luxembourg, Channel Islands and elsewhere will now report suspicions of the account owner not declaring it in his home country.

Your bank manager cannot inform you if the bank is making a report on you – if you ask him he will have to deny it, even if it is true.  Under money laundering regulations it would be a crime to tip you off.

The CIA also tracks all payments in Europe through SWIFT – Europe’s bank computerised clearing system for payments and receipts – and passes information on to overseas tax authorities.

Big brother is watching and the days of banking secrecy are clearly over.

The sooner those who need to regularise their affairs do so, the better – there are three important reasons why:

They will significantly reduce the penalties by coming clean voluntarily.

They can invest the monies in a legitimate tax shelter.  Undisclosed bank accounts do not make sense any more… there is much safer tax planning available.

What happens if they die?  Will their spouse/children be able to handle the risks and possible tax investigation?

While reports suggest that a number of investors have started to move their money out of offshore centres like Monaco, Switzerland, British offshore islands etc into more far flung jurisdictions, it is hard to see the merit of moving large amounts of money into jurisdictions with little or no regulation or investor protection.

Why risk all of your capital to hide it from the taxman?  Especially when there are tax protected investments which legitimately avoid tax without having to hide it.

In my view, it is only a matter of time before everyone who is evading tax will get caught.  The best policy is to come clean, pay your tax due to date and ensure that your wealth is held in the most tax efficient legitimate shelter going forward.  In fact, many people who are evading tax would not need to take this very risky option if they were aware of the right way to go about protecting their assets from tax.

It is essential, when dealing with such important matters, to seek advice from a financial adviser like who is up-to-date and experienced in this area.