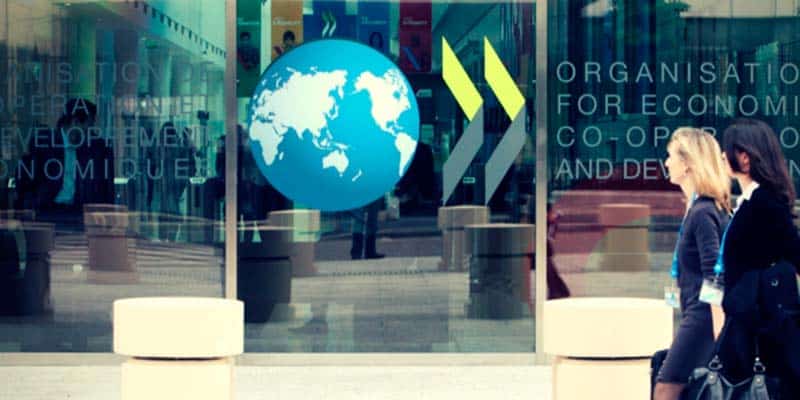 Varying reports claim the OECD (Organisation for Economic Cooperation and Development) believes Portugal “could do better”, and should start by increasing taxes on fuel, the restaurant sector and property transactions.

Explains ECO online, “the Portuguese State obtained just 49% of the IVA income that it could have amassed if it subjected more products to the ‘top rate’ of 23%”.

Put another way, the country is “losing more than half the income it could raise if only it increased IVA on a vast range of products and services”.

Pereira however did not attend the presentation due to alleged disagreements over the final wording (see below).

Needless to say, the report’s bottom line will not be people’s ‘happy bedtime reading’.

“The organisation sees space for more reforms”, says ECO, “that would improve not only the tax system but its sustainability”.

For example, “a proportion of the fiscal income from taxes on property could be increased”.

At the same time, the OECD “argues that adjustments should be made to IVA so the loss of potential income is not so expressive”.

Says Diário de Notícias, this is all part of an ‘old struggle’ on the part of the OECD which has never agreed to the reduced rates on sectors like catering.

Indeed, the 13% IVA rate charged by restaurants has done little to boost employment in the sector, says the organisation, and has in the main only helped the wealthy who would be going out to eat anyway.

And then come recommendations to increase taxes on fuel (in this case, diesel and natural gas).

The increases could be worded in the form of ‘environmental levies’, but they’ll still boil down to increased demands on people’s wallets.

And all this coming in a ‘sticky election year’ spells just further headache for the PS executive.

Jornal Económico appears to have consulted with PR gurus for its story, entitled “Portugal is on the right track but there’s still much to be done. Government recognises challenges”.

But the main sticking point appears to be in the wording – or rather rewording – of a section relevant to corruption.

Says ionline, “one of the key points of controversy came from evaluation of cases like that of José Sócrates, the ex prime minister accused in 2017 of the crimes of corruption, money laundering and fiscal fraud.

“The document made recommendations that the government did not receive well as they gave the wrong image of the country”.

Thus, the careful editing in which Operation Marquês “disappeared” from the report and “negative comparisons with other countries were softened”.

Outgoing Socialist Euro MP Ana Gomes, in Ethiopa right now embracing the country’s move towards democracy – and introduced to no less than three children named ‘Ana Gomes’ in honour of her support of the country – has tweeted that that it is not only “wrong to interfere with the report, it is very stupid”.

It will only backfire, suggests the Socialist firebrand planning to leave politics in May to work pro-bono for a national NGO supporting human rights and ‘the fight against corruption and for transparency’.