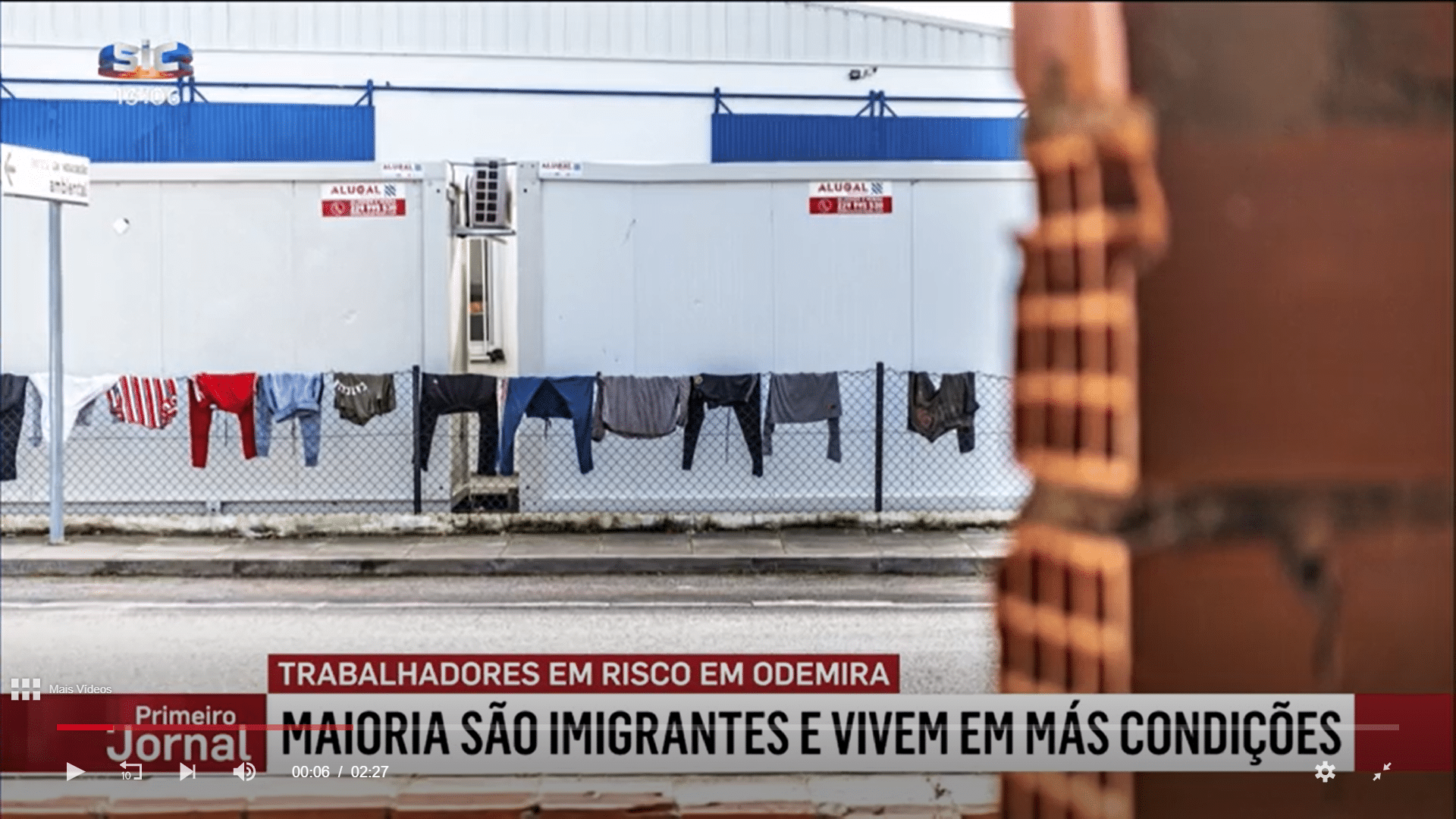 Three months on from the days in which situations of modern-day slavery in Odemira’s agricultural explorations were on everybody’s lips, very little has changed.

Situations of “unworthy habitation” continue; the owners of the explorations have not responded to the government’s encouragement to request permission for additional housing containers on their land – and the knock-on effect has ensured that transmission of Covid-19 within the municipality is still one of the highest in the country.

Expresso returns to this shameful situation this week, stressing that three months ago, Odemira was an issue of national concern.

“The DGS placed a sanitary cordon around the parishes of São Teotónio and Longueira/ Almograve – but beyond the serious epidemiological situation of Covid-19 was the habitational problem and the labour exploitation of thousands of foreign workers in the greenhouses producing red berries that turned Odemira into the focus of public and media attention.

“The country discovered that almost 13,000 migrants lived cheek-by-jowl, in their dozens, in sub-standard dwellings at the mercy of the virus and immigration and human trafficking networks”.

On May 11 prime minister António Costa visited Odemira to announce the signing of a memorandum of understanding with the local authority and employers whose explorations were involved “to extend residential solutions” (click here).

The employers “promised to promote worthy conditions for seasonal workers by installing more temporary homes (containers) within the explorations”.

The Ministry of Agriculture promised to finance this solution “with European funds”.

All that was needed was a request to the municipality for these plans to move forwards, explains Expresso.

“Up till this moment there are no new containers authorised for inside the exploration properties, nor have any requests for authorisation or legalisation been received”, a source for Odemira municipality has told the paper.

“It’s certain that the government didn’t expect this void”, the story continues.

So now the big question is ‘what next’? How to ensure employers clean up their act; that the migrant workers are better protected and that a situation in which virus transmission is still running close to 500 cases per 100,000 is not left hanging?

For the time being, the sticking plaster solutions of using the nearby ZMar touristic resort and defunct Pousada de Juventude continue. Infected workers, those in prophylactic isolation and some whose conditions of housing were simply too awful to allow to continue are being supported – but without the willingness of employers who benefit from this workforce, the probability of long-term solutions looks unlikely.

As to the municipality’s part in this drama, the deal struck with the government involves providing proper housing for permanent workers. This too can only move forwards on the release of funding from IHRU (the institute of habitation and urban rehabilitation).

Meantime, in terms of the criminal networks exploiting these migrants, Expresso stresses that foreigners and borders agency SEF as well as police “continue to investigate suspects” although this is not an easy task. Many workers are simply too frightened to denounce the networks “for fear of reprisals”.

In other words, the insidious underworld profiting from human misery in Odemira persists in plain sight, as it has for the best part of the last decade.