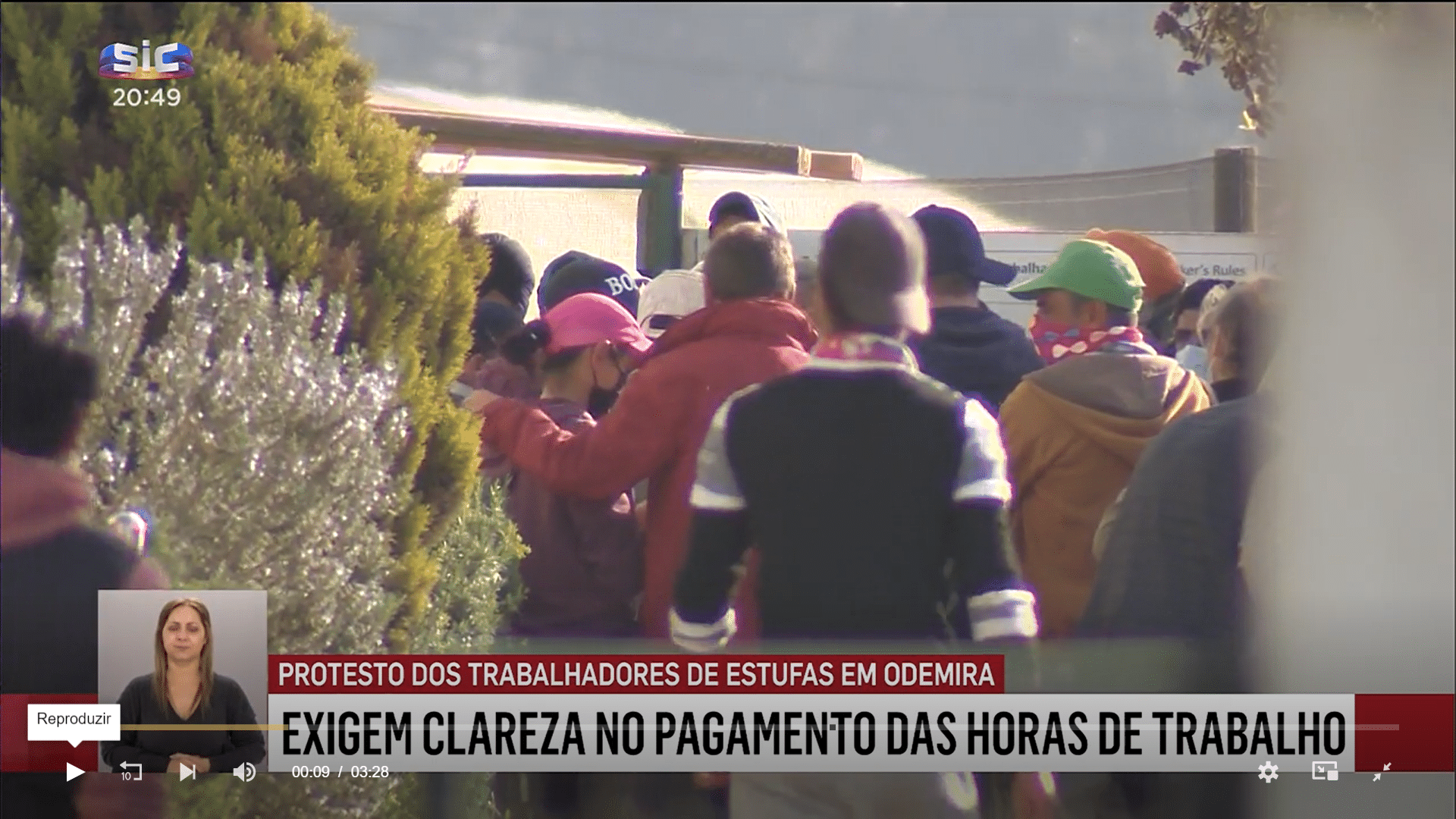 After the huge controversy over the appalling living conditions of many immigrant workers brought into Portugal to service intensive agricultural businesses within Costa Vicentina, the workers themselves have started to turn – this time over the way they are treated by their employers.

A protest on Friday at the Sudoberry greenhouses in São Teotónio saw demands for more clarity over payments; more breaks in gruelling 12-hour shifts, and the right to take half an hour off to eat lunch.

One worker told SIC television news “this company just does not listen…”. He likened its policy towards workers as that of North Korea.

Said SIC, the protest moved to the company’s offices when protestors realised the man in charge of the exploration was on the premises.

“Their complaints extended to the cleanliness of cloakrooms and the canteen, but were mainly focused on the intransigence of those who define working conditions”, said the station.

A delay in salary payments “gave the impulse of courage for the protest”.

According to SIC, Sudoberry is one of the largest ‘agricultural producers’ in São Teotónio. Its greenhouses extend over 50 hectares. This is the time of the raspberry harvest, which then sees the results shipped to supermarkets all over Europe.

The people who work for Sudoberry (almost invariably workers from Nepal, India, Pakistan, Morocco and occasionally Bulgaria) sign contracts which promise them €6.22 per hour, reports SIC.

They have told the station that they cannot see how this is paid on their wage slips. They want to know why they do not receive extra pay for working on Bank Holidays, for example. One worker said her wage slip for 26 days work was the same as the slip for a colleague who had worked only 20 days. How had this been calculated? “The wage slip seems not to give the answers (these workers) seek”, SIC stresses.

Sudoberry’s management has “promised to give answers within the coming days”, but “has not answered any of SIC’s questions sent by email, or posed outside” the company’s premises.

The conditions of immigrant workers have been notorious for years (click here). But they came to a head during the Covid crisis when Odemira became a ‘centre of infection’ by dint of the fact that agricultural workers were living in such unhygienic and impoverished conditions (click here).

The prime minister and president became involved, and there are now protocols in place to see the situation change, although it appears to be doing so very slowly (click here).